Powell's Legacy Is In Iraq, And It's A Bad One

President Donald Trump offered an apathetic eulogy for Colin Powell, the deceased former general and George W. Bush administration Secretary of State. Powell was a globalist who was integral in providing the justification for the disastrous Iraq War. Trump’s statement is classy enough, wishing Powell a rest in peace, but Trump did not shy away from the negative aspects of Powell’s legacy.

President Trump stated: “Wonderful to see Colin Powell, who made big mistakes on Iraq and famously, so-called weapons of mass destruction, be treated in death so beautifully by the Fake News Media. Hope that happens to me someday. He was a classic RINO, if even that, always being the first to attack other Republicans. He made plenty of mistakes, but anyway, may he rest in peace!” 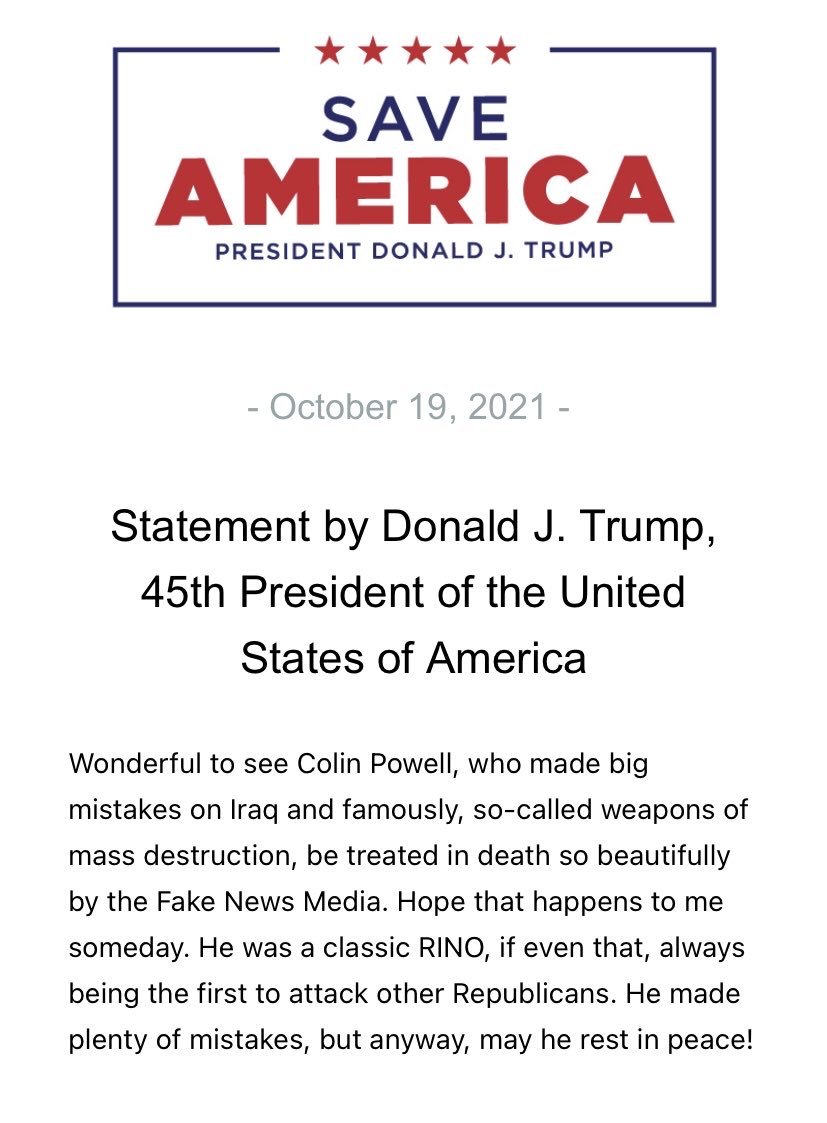