President Donald Trump declared that massive fraud found was in the Arizona forensic audit, according to the state Senate hearing Friday, could change the 2020 election. 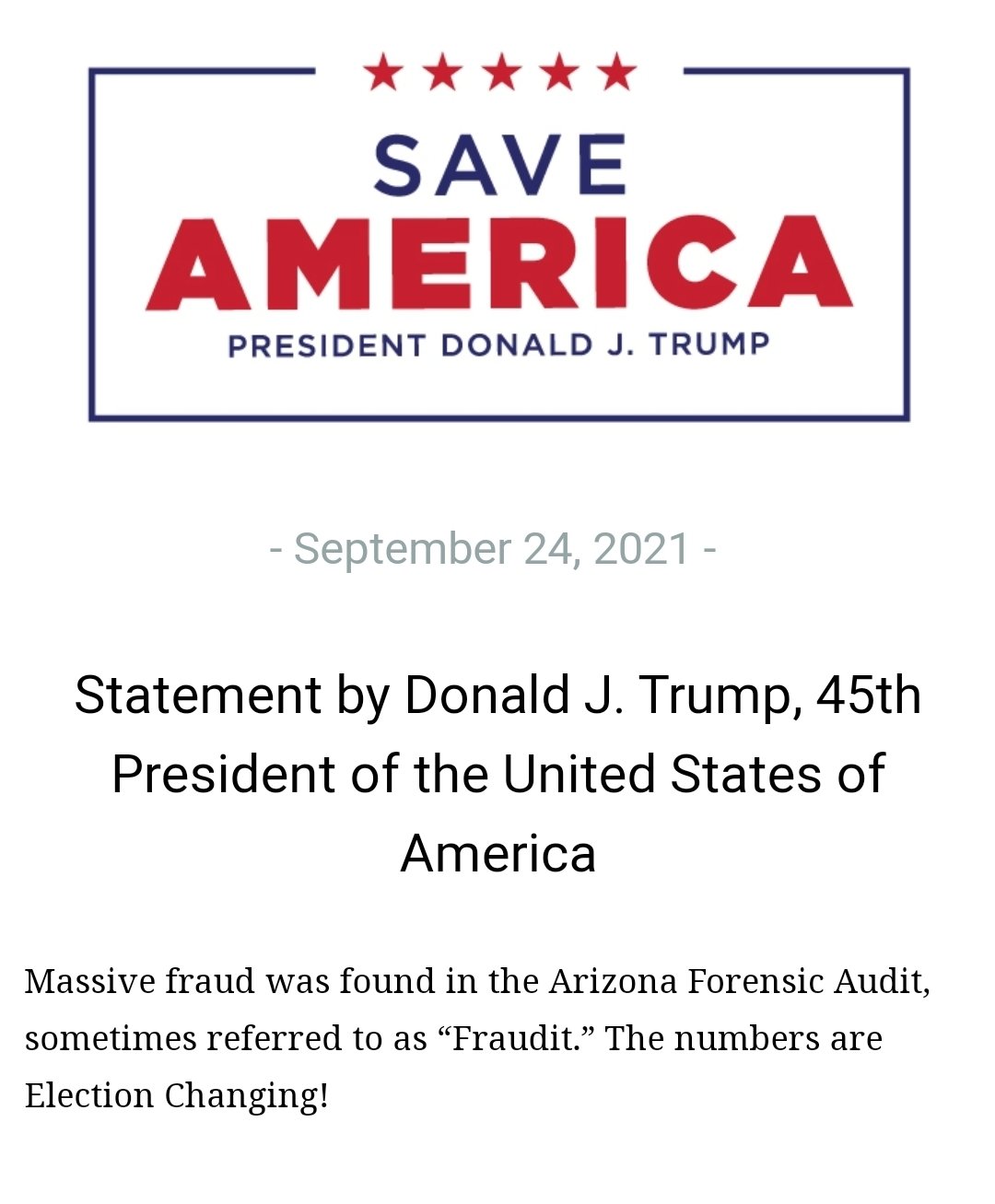 NATIONAL FILE’S JACK HADDFIELD REPORTS: According to the results of the forensic audit, Maricopa County counted 9,589 excess mail-in ballots with bad or no signatures, approving and verifying blank votes.

Dr Shiva Ayyadurai gave the first presentation of the Maricopa County forensic audit to the Arizona Senate. Ayyadurai’s analysis focused on the mail-in ballot envelopes sent to Maricopa County. During the presentation, Ayyadurai explained that the audit examined the signature area of the ballots, and compared them to the official canvass results that Maricopa County gave in their report. When using signature presence detection analysis, the audit found an excess of 9,589 votes with signatures that were either blank or were “scribbles.” Photos shown in the presentation included totally blank ballots being stamped “approved.”

The presentation also revealed that Maricopa County did not record the number of duplicate ballot envelopes in their final canvass, with the audit finding 17,126 duplicates. The EV33 forms, for mail-in ballots received, suggested there should be 9,382 duplicates. However, when the duplicate counts were compared, only 2,138 votes matched. With the duplicate ballots, there was a surge of 25% from November 4th to November 9th, which seemed out of kilter with what should be naturally expected. Kari Lake, the gubernatorial candidate, questioned why this happened on Twitter.

Why are these duplicates coming in after the election was over?

How soon before the AG investigation begins? https://t.co/pSfq5C892J