Did You See This One Coming?

The leftist daughter of Republican Senate Majority Leader Mitch McConnell is calling for her fellow leftists to take to the streets to stop “white supremacy,” even if Joe Biden is inaugurated president.

Porter McConnell is a left-wing activist whose mother, Mitch’s ex-wife Sherrill Redmon, worked on a “women’s history archive” with Gloria Steinem at Smith College. Porter McConnell, like many modern leftists, seems to be obsessed with so-called “white supremacy” and “white privilege.” But her own father’s support for mass legal immigration is diluting the labor pool for native-born Americans, thus making economic “white privilege” a false concept in modern America. And does Porter McConnell, who attended elite universities for undergrad and graduate school, not benefit from the privilege that oligarchical families like hers so richly enjoy?

Porter McConnell’s views and her father’s views exhibit how both sides of the political paradigm work against Americans, servicing essentially the same narratives and arriving at the same outcome, albeit from different sides. Whereas Mitch McConnell wants to disenfranchise American workers on behalf of multinational corporations who seek to reduce labor costs, his daughter Porter McConnell is agitating from the left against the very same forgotten Americans. If Mitch McConnell works to derail President Trump’s chance at de-certifying the Electoral College vote on January 6, then he will be ushering in the Biden presidency that his leftist daughter feels is not sufficient enough to stop “White supremacy” and “patriarchy.” While their political differences might seem pronounced, are father and daughter McConnell really not just opposite sides of the same coin? 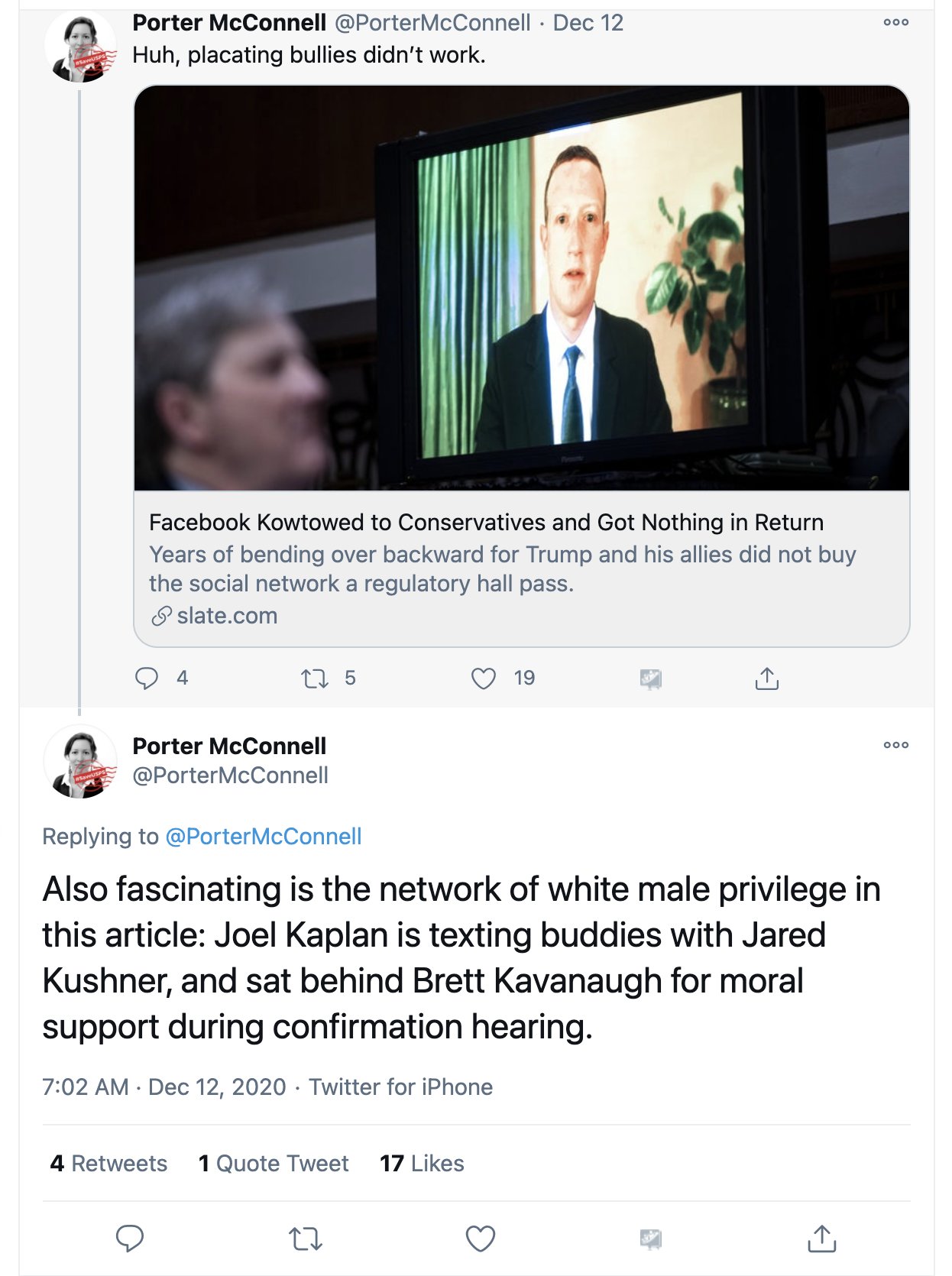