American patriot Mindy Robinson is leading the effort to get an audit of the 2020 election results in the state of Nevada. But the establishment is not too happy about it. Robinson and her fellow patriots were threatened with a felony charge. But Mindy and her cohorts say the government is completely wrong and out of line in threatening them, and they are not backing down.

After citizens sent affidavits to government leaders, requesting an audit in accordance with the Nevada state constitution, Nevada’s establishment Secretary of State Barbara Cegavske denied at least one request for an audit, ludicrously citing the Civil Rights Act and her own alleged certainty that election machines were not compromised. But the county recorders are taking things to the next level of tyranny. The Office of Nye County Recorder stated, “this Office has determined that the attached document you requested to be recorded on June 11, 2021 is unauthorized, falsified and/or may not be lawfully recorded…”

The patriots replied to the state of Nevada with an uncompromising rebuke of the state’s corruption, illustrating that these patriots demand an audit of the 2020 general election and they are not backing down. They write: “Since February, we have been asking the Secretary of State Barbara Cegavske and Attorney General Aaron Ford for answers. These were certified letters that were signed for and received, with no response returned. It was not until it made the media rounds, and stacks of affidavits started piling up on their desks did they both decide to respond this week.

Nevada Constitution Article 2 Section 1 and Section 1A Right of Suffrage
Section 1A #11. “To have complaints about elections and election contests resolved fairly, accurately and efficiently as provided by law.”

United States Constitution First Amendment:
The right to petition government for redress grievances is the right to make a complaint to or seek the assistance of one’s government without fear of punishment or reprisals.

Furthermore, by not even coming close to the constitutional definition of “redress” or “remedy“ the SOS further violates our rights by “where rights secured by the constitution are involved, there can be no ‘rule making’ or legislation which would abrogate them” she is “ruling” that she will not conduct a forensic audit. Whereas Miranda v. Arizona forbids it.

United States Constitution First Amendment:
The right to petition government for redress grievances is the right to make a complaint to or seek the assistance of one’s government without fear of punishment or reprisals.

Sheraton v. Cullen, 481 F. 2d 946 (1973) “There can be no sanctions or penalty Imposed upon one because of his exercise of constitutional rights”

The Nevada County Recorders office has denied recording of the Affidavits stating “the document is unauthorized and/or falsified” based on:
NRS 41.036 – Tort claims against the state
NRS 239b.030 – personal information on affidavit
NRS 247.120 – fee to record
NRS 247.110 – discretion of recorder on “format”
NRS 240 – notaries

Which ultimately appears that the recorder at their whimsical discretion can deny recordings for just about anything with a shotgun approach labeling the document as “falsified or unauthorized” without giving any specifics. The Recorders responses as well, included a statement that anyone filing a “falsified or forged” document would be guilty of a category C Felony where seemingly we now have been threatened with sanctions or penalties by attempting to exercise our constitutional rights through the county recorders office.

The United States Constitution is the supreme law, no state laws, rules or regulations can supersede it. We continue to have the right to have our grievances and complaints rectified satisfactorily which is not happening. Our representatives are deflecting, evading and attempting to intimidate us for what I can only surmise to be fear. Fear of being caught committing sedition, tyranny and treason.

Why is the SOS not giving us the names of who was appointed to the election accuracy certification board?

Where’s the certification of the new hardware and software purchased AFTER March 2020?

Why is the SOS not providing the people a copy of the Escrow agreement with Dominion?

Why is the SOS not providing the people the addendum to the dominion contract completed in September 2020?

Who “qualified” the gaming board to certify the voting machines?

Testing by a Federally Accredited Laboratory: State statutes and/or regulations require that voting systems are tested by a federally or nationally accredited laboratory to federal standards. Older statutes may refer to Independent Testing Authorities (ITAs), but such test labs are now known as Voting System Test Laboratories (VSTLs) under the EAC’s testing and certification program.

Why is the SOS not providing us with verification that the testing and certification was completed by a federally or nationally accredited laboratory?

If as the SOS states that the entire election process was free of fraud and in compliance with all requirements, then why are we the people being refused to view the information we are asking for?

You are our Legislators, you are responsible for protecting the integrity of it all. You should be asking the SOS the exact same questions.

If there was full compliance then SHOW US.” 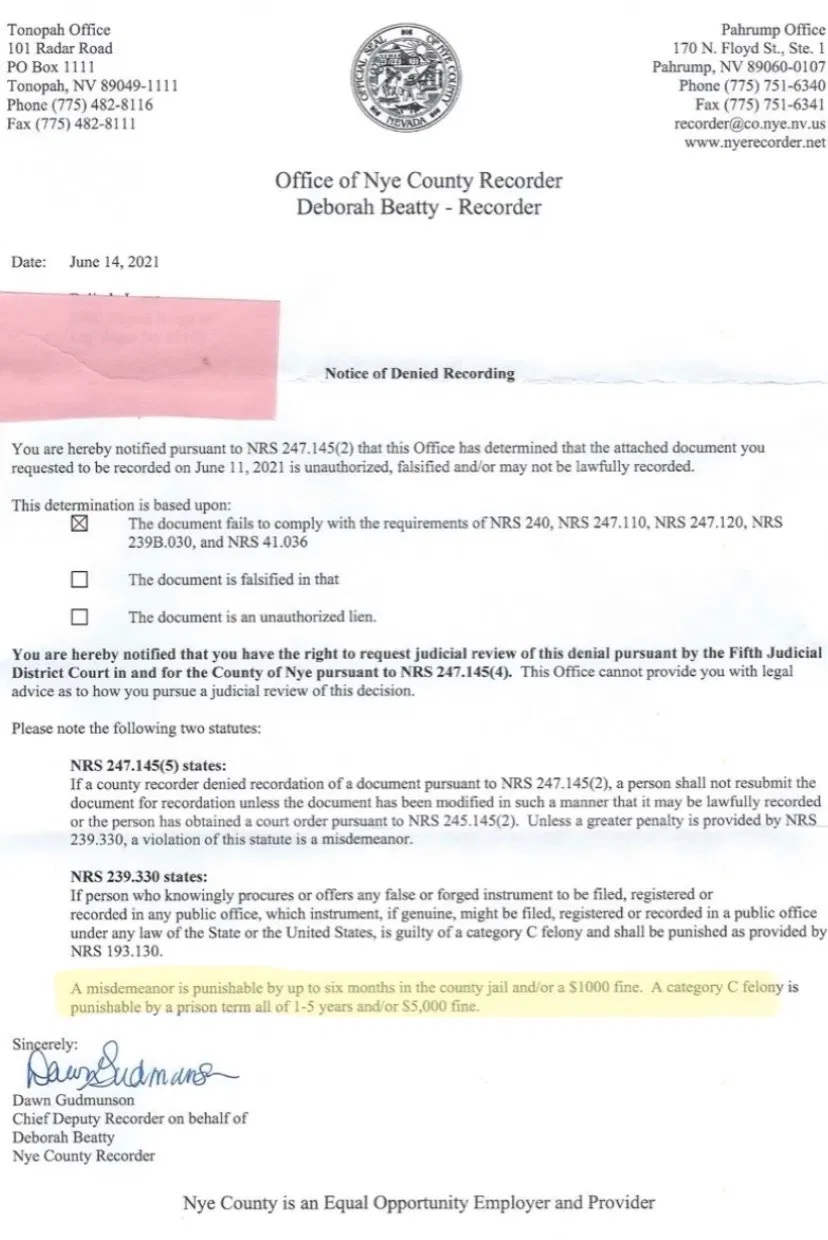