Finchem called out McCarthy for his implication and benefaction via the FTX money laundering scandal, a case which continues to pique interest thanks to citizen journalism.

by Addison Basurto
in Politics, The Hill

Mark Finchem, an Arizona state rep. who recently ran as the 2022 GOP Nominee for Arizona Secretary of State, endorsed Andy Biggs (R-AZ) for the next U.S. Speaker of the House of Representatives in a public statement made on Friday.

“I endorse Andy Biggs for Speaker of the House [and] I call on the Arizona delegation to vote against McCArthy for his lack of leadership and integrity at this point in history,” Finchem said. “He spent millions in primaries that could have helped us in the general. He also took laundered FTX money.”

I endorse @andybiggs4az for Speaker of the House & I call on the Arizona delegation to vote against McCarthy for his lack of leadership & integrity at this point in history. He spent millions in primaries that could have helped us in the general. He also took laundered FTX money.

Finchem, in addition to the Arizona Republican Party’s nominee for Governor, Kari Lake, was the direct opposition of the political action committee (PAC) called Pro-Democracy Republicans, which was founded by Maricopa County Recorder Stephen Richer. Richer donated thousands of dollars to the “Pro-Democracy Republicans PAC, whose mission statement is “to support pro-democracy Arizona Republicans” who reject “conspiracy theorists and demagoguery” from candidates who contended that the 2020 U.S. presidential election in Arizona was stolen. 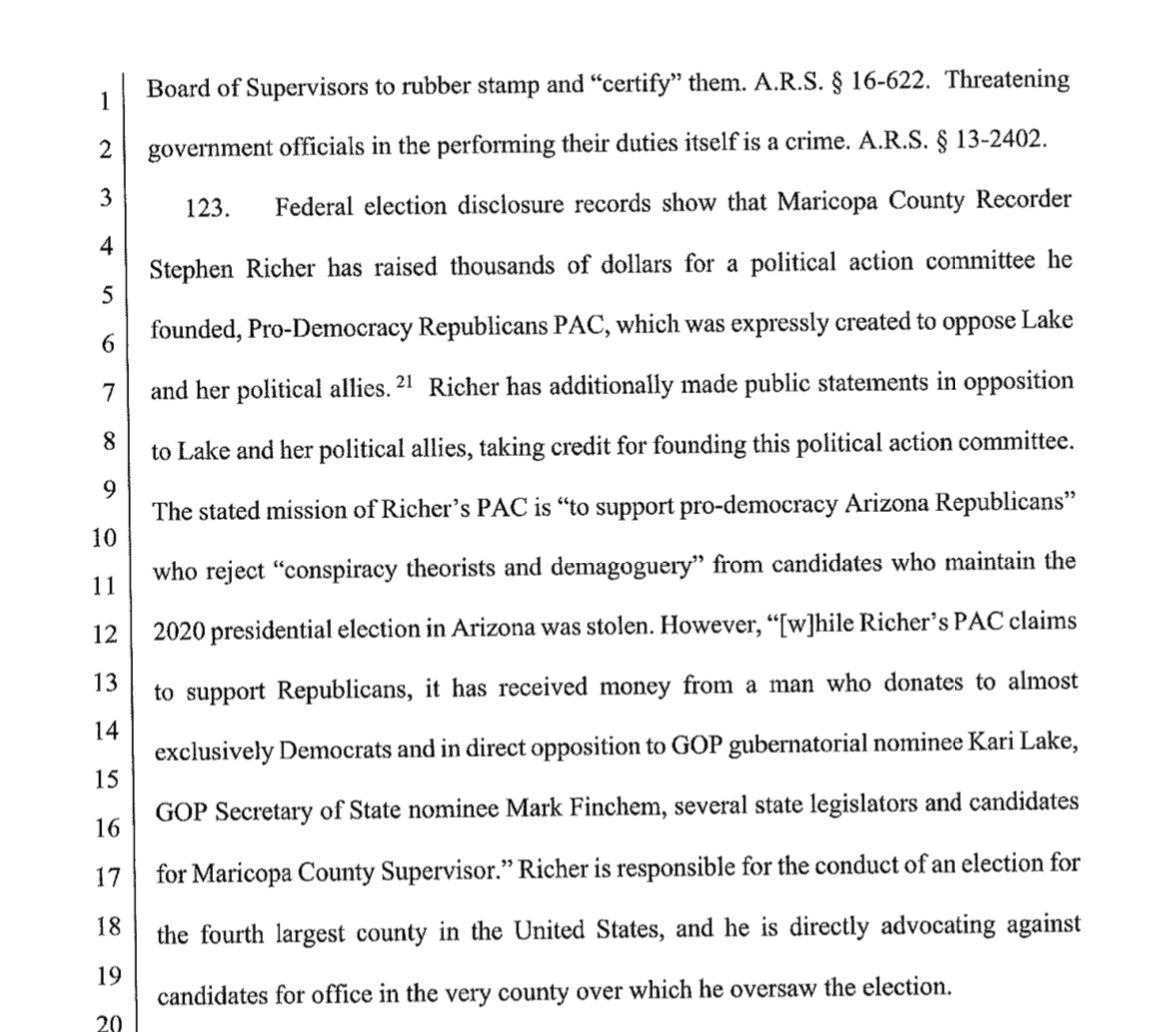 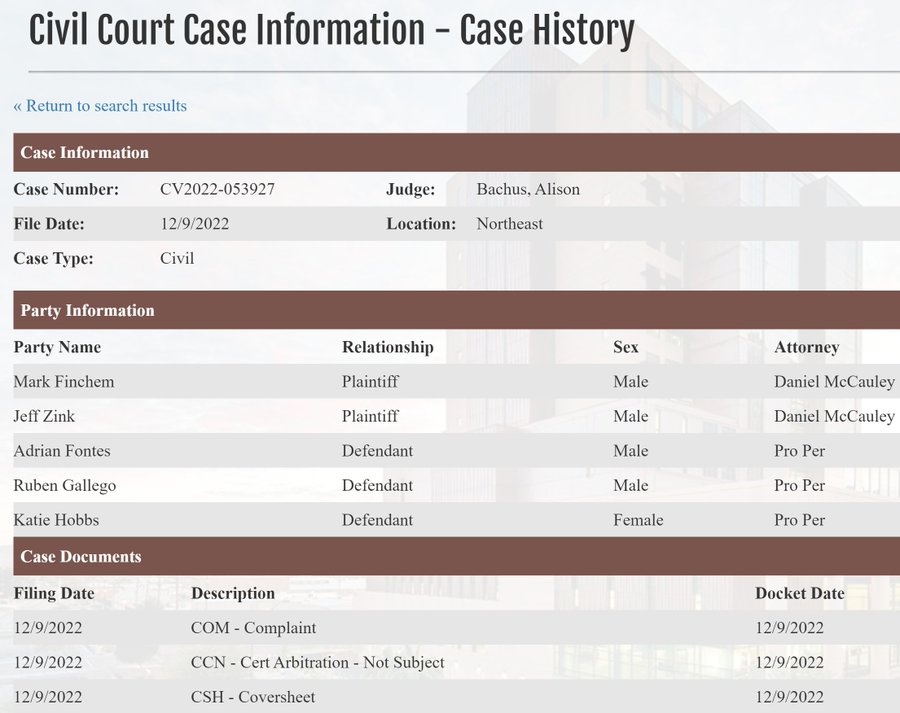 Among those who have publicly declared themselves to be part of the opposition to McCarthy includes U.S. House Rep. Ralph Norman (R-SC), Matt Gaetz (R-FL), Bob Good (R-VA) and Rep. Matt Rosendale (R-MT). Biggs has stated that there could be upwards of 20 U.S. House reps. who ultimately vote against McCarthy, however.

In Arizona, Finchem’s state House colleague Andy McGarr has also called for the U.S. House to reject McCarthy and change directions. “The next Speaker of the House needs to be somebody who conservatives can trust and must be openly committed to ending two of Nancy Pelosi’s corrupt rules of the House,” McGarr said.

“The next Speaker must bring back the motion to vacate the chair of the Speaker. This gives power back to the officials elected to adequately represent their constituency and call into question an illegitimate ‘leader’ in the House of Representatives,” McGarr stated in reference to a rule change imposed by Nancy Pelosi (D-CA) unchecked power.

McGarr made a statement on Thursday in which he called on Republicans in Arizona to vote against McCarthy in the Speaker race.

The U.S. Constitution does not require that the Speaker of the House be a current member of Congress, however, no non-members have ever been elected.

The election for the next Speaker of the House will take place on January 3rd, 2022.