Many Brazilians took to the streets to protest the result despite an implicit concession by Bolsonaro.

“Once again, Klaus Schwab has penetrated the [government]. They got their man in power,” Wall Street Silver said.

Once again, Klaus Schwab has penetrated the govt. They got their man in power.#WEF #KlausSchwab pic.twitter.com/IIo04SjzdK

Not only is Lula directly supported by the WEF, he also has connections to entities controlled by the Chinese Communist Party (CCP) through the Chinese think tank, Taihe Institute, and the Humpty Dumpty Institute (HDI), the latter of which is directed by Mark Epstein, the younger brother of the late Jeffrey.

After Lula’s first tenure as 35th President of Brazil ended in 2010, he was praised by Bulgarian Communist, Irina Bokova, who at the time was the Director-General of the United Nations Educational, Scientific and Cultural Organization (UNESCO).

Bokovoa is now a a Distinguished Fellow of Taihe Institute, which is a fan of Lula’s. 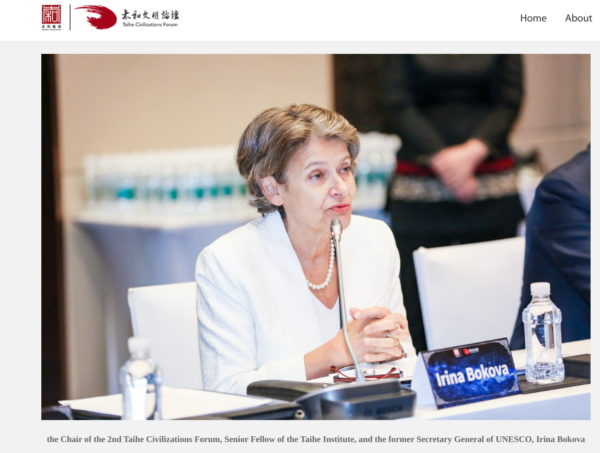 In 2018, Bokova was the Chairwoman for the Taihe Institute’s “Civilizations Forum,” which featured the centerfold of Emperor Xi Jinping’s foreign policy, The Belt and Road Initiative.

Xi Jing, the General Secretary of the Chinese Communist Party, was among the first on the world stage to congratulate Lula on his electoral victory.

Lula’s election victory is a boon for both the CCP, the People’s Liberation Army (PLA) of China, and the WEF.

For its part, the WEF was created by a program funded by the Central Intelligence Agency (CIA) at Harvard University and headed by Henry Kissinger.

Kissinger recruited Schwab at the CIA-funded International Seminar at Harvard.