The former Twitter Trust & Safety head made the statement in May 2014 after an Internet denizen asked him who controlled the media.

A 2014 tweet by the former head of Twitter’s Trust and Safety department, Yoel Roth, asserted that “the gays” have control over the “new media,” while “the Jews” still control the legacy media.

Roth made the statement in response to a question by a Twitter user which asked who had control of the media. The internet denizen’s response was to a statement by Roth which asserted that locative media’s earliest users were homosexuals.

“Oh. So it wasn’t the Jews who controlled the media but the gays? (Can I tweet that?” Sharrona Pearl asked Roth. “To be safe: kidding, people. Kidding.” 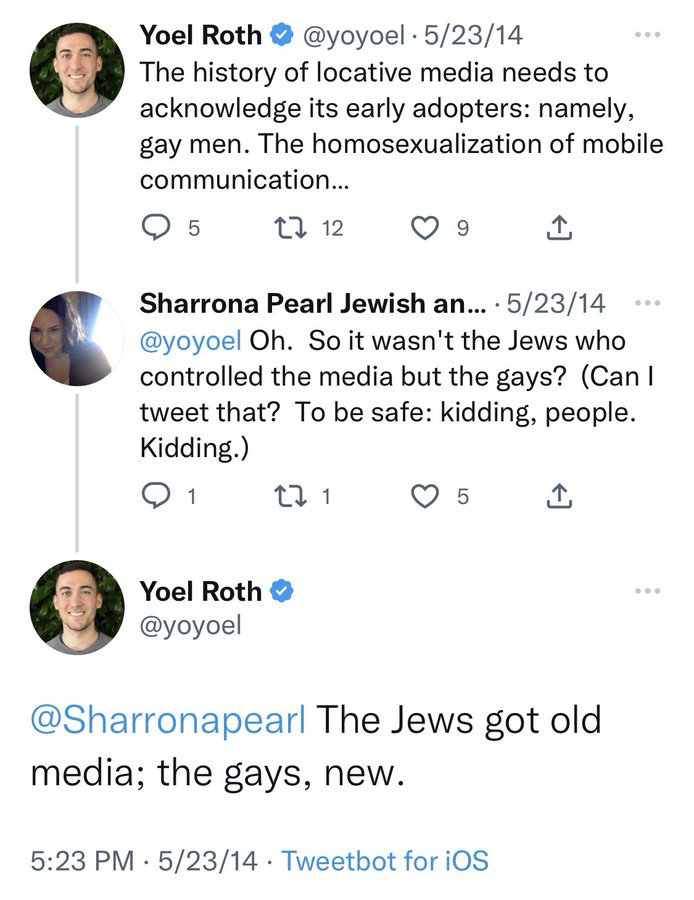 Roth has been in the news since it was revealed that he regularly met with the Federal Bureau of Investigation (FBI) to discuss content moderation and narrative control on Twitter.

Before the company opted to ban Trump from Twitter, content moderation officials began to add “warning” labels to many of his tweets. For example, on December 10th, 2020, a message revealed that “Twitter executives announced a new ‘1.3 de-amplification’ “tool” which limited users from being able to share tweets by America’s 45th president.