Joshua Merritt, whose research helped to produce the Higgins report, told NATIONAL FILE: “That report was briefed to the House Permanent Select Committee on Intelligence (HPSCI) yet they never acted on it. I helped gather some of the info on that report as well as some other work.” Merritt said that “The briefing was at the House chambers.” At the time, Rep. Devin Nunes was chairman of the House Intelligence Committee before the Republicans surrendered control of the House in the 2018 midterms. “They hid our report from the public,” Merritt said.

Bombshell evidence prepared for a recently-deceased Trump National Security Council (NSC) official explicitly reports on multiple shooters carrying out the Las Vegas terrorist shooting of October 1, 2017. The report states that Stephen Paddock did not actually commit suicide but was executed by others, pointing to Antifa and ISIS involvement and FBI foreknowledge of the attack. The report also provides evidence that an ANTIFA group claimed responsibility for the shooting with the message: “One of our comrades from our Las Vegas branch has made these fascist Trump supporting dogs pay.” The following report was prepared for Rich Higgins, who served in the National Security Council strategic planning office in 2017. Higgins died of complications at a hospital at around 3 AM on February 23, 2022. The more than 50-page report is entitled “All Source Assessment: Attack on the Route 91 Country Music Festival October 1, 2017 Mandalay Bay Hotel Las Vegas, Nevada” and was prepared for Higgins shortly after he left the National Security Council.

According to the Rich Higgins Las Vegas document: “The report fuses open source information with tactical counter terrorism analysis, cyber intelligence, and digital data mining capabilities.” The report states: “Stephen Paddock may have anticipated the arrival of a fly in team of additional shooters that would assist in the operational execution.”

The report names an Australian man named Brian A. Hodge as a “person of interest” with “possible ties to Islamic organizations and a possible Islamic State (IS) linkage.” The report states that “Mr. Hodges’ personal profile is more befitting of a left wing or Anti-Fascist Action (ANTIFA) affiliate, but recent intelligence reports point to an increased level of collaboration between groups like Antifa and Islamic State.”

On page 45, the report states: “The FBI was closely monitoring Antifa operative engagements with Islamic State and Al Qaeda (Arabian Peninsula and Islamic Maghreb) personnel in Germany…the FBI has discovered a “level of chatter” between left wing revolutionary groups and Islamic terrorist groups.” It turns out, according to the report, that “Mr. Hodge traveled to Berlin, Paris, London, and back to Berlin approximately 2 weeks prior to the attack in Las Vegas.”

The Las Vegas official single-shooter narrative has been torn apart by recent evidence from Mindy Robinson’s “Route 91” documentary which shows that other 911 calls identified multiple shooters. There is a ton of evidence that there were clearly bodies in other locations and shooters in other locations. This reporter has been in communication with a group that created an open source intelligence virtual map of video evidence and incident reports from Vegas, which ranges in location all around the city, a very wide radius.

Sources have said that there was a shooting at an airport in connection to a possible assassination attempt on Saudi Crown Prince Mohammed bin Salman, who may have been staying at the Mandalay Bay hotel then slipped into undercover civilian gear either to flee the premises or to gamble anonymously before he was forced to flee the premises in disguise. The top floors, 35 to 39, of the Mandalay Bay Hotel house the Four Seasons Las Vegas. On that night, the Four Seasons Las Vegas was owned by Bill Gates through the firm Cascade Investment and also Saudi Prince Al-Waleed bin Talal, who was at odds with bin Salman. Prince Al-Waleed bin Talal was arrested by the Saudis for corruption on November 4, shortly after the shooting. President Donald Trump quietly dispatched a delegation to Saudi Arabia after the shooting. Left-wing billionaire George Soros’ Soros Fund Management “shorted” — meaning bet against — the stock price of Mandalay Bay’s MGM shortly before the shooting, and MGM owns the Mandalay Bay shooting site. MGM Grand CEO James Murren quietly dumped a lot of his personal MGM stock prior to the shooting.

Brian Hodge is a central figure in the Higgins Report on the shooting. The report explains how Hodge, born 1981 and linked to a bunch of addresses in West Hollywood, served a witness for the Australian press and claimed to be inside Stephen Paddock’s hotel suite in a different half of the suite. But Hodge also claimed on social media that he was “hiding in the bushes.” He said that there were “multiple shooters” including “one on my hotel room floor.”

On page 29, the Higgins Report states: “Further data mining of Mr. Hodge’s activity on the night of the attack reveals that while he was originally located at the Mandalay Bay and the surrounding Enterprise area, (he) departed downtown Las Vegas while publicly claiming to have been hiding in the bushes outside the Mandalay Bay. Mr. Hodge’s signatures reveal that he is located approximately 10 miles north of the Mandalay Bay hotel…”

According to the report, “Intelligence methods reveal that” during the frenzy Hodge stayed at Knotty Pine Motel in north Las Vegas in Room Number 17, a room that was associated with a man named German Torres Moreno, a Mexican national from the city of Penjamo, Mexico, in Guanajuato, Mexico, an area that is rife with ISIS recruiting.”

According to the report, Hodge communicated and interacted with people associated with various Muslim-oriented groups including “Travel to Medina,” with a front office in Brooklyn.

Hodge hails from Melbourne, Antifa and went back to Melbourne briefly in December, after the shooting, for about a day. Evidence shows that Melbourne ANTIFA took credit for the attack then deleted the message, with Melbourne Antifa stating: “One of our comrades from our Las Vegas branch has made these fascist Trump supporting dogs pay.”

ISIS also claimed responsibility, referring to Stephen Paddock as one of their operatives. Paddock, who was dating and living at the Mandalay Bay with a woman from Australia named Marilou Danley, who was in the Philipines when the shooting took place. An ISIS communication network said that Paddock had converted to Islam and ISIS granted him the Muslim name Abu Abdul Barr al-Amriki, as Newsweek reported.

According to Al-Naba, reportedly an ISIS magazine, ISIS stated: “A soldier of the caliphate attacked a gathering of 22,000 Americans at a concert in the city of Las Vegas, resulting in nearly 60 killed and 600 injured” and said “Brother Abu Abdul Bar stationed himself in a room on the 32nd floor of a hotel overlooking the concert and opened fire continuously on the crowds using 23 firearms and more than 2,000 bullets and died, may God accept him, after running out of ammunition.”

According to the Higgins Report: “Immediately following the attack, during the morning of October 2, Mr. Hodge appears in numerous Australian media reports including print, radio and television. Notably, he does not share the links to these radio and television interviews on any of his own social media outlets. This is highly suspicious behavior. Later in the day on October 2, Mr. Hodge departed Las Vegas and arrived in Albuquerque, New Mexico. While in New Mexico, Mr. Hodge appears to travel to the Anatolia Doner Kebab House…This restaurant address is affiliated with numerous other businesses in the Albuquerque area and is owned by a Mr. Mehmet Kokangul and Umit Kokangul. Mr. Mehmet Kokangul appears to be a Turkish National from Adana Turkey, a known center of Islamic State activity in Turkey.”

The case of the suspicious witness bears similarity to the case of Chris Mahony, a supposed car-crash eyewitness for CNN’s Wolf Blitzer at the Charlottesville scene. Mahony, as I revealed, turned out to have been an adviser for George Soros’ Open Society Initiative, a social friend of George Soros’ son Alexander, a press eyewitness to previous geopolitical activity in Sierra Leone, and a member of the socialist New Zealand Fabian Society, which uses a crest that portrays a wolf in sheep’s clothing, which is an expression used to signify infiltration of the innocent. 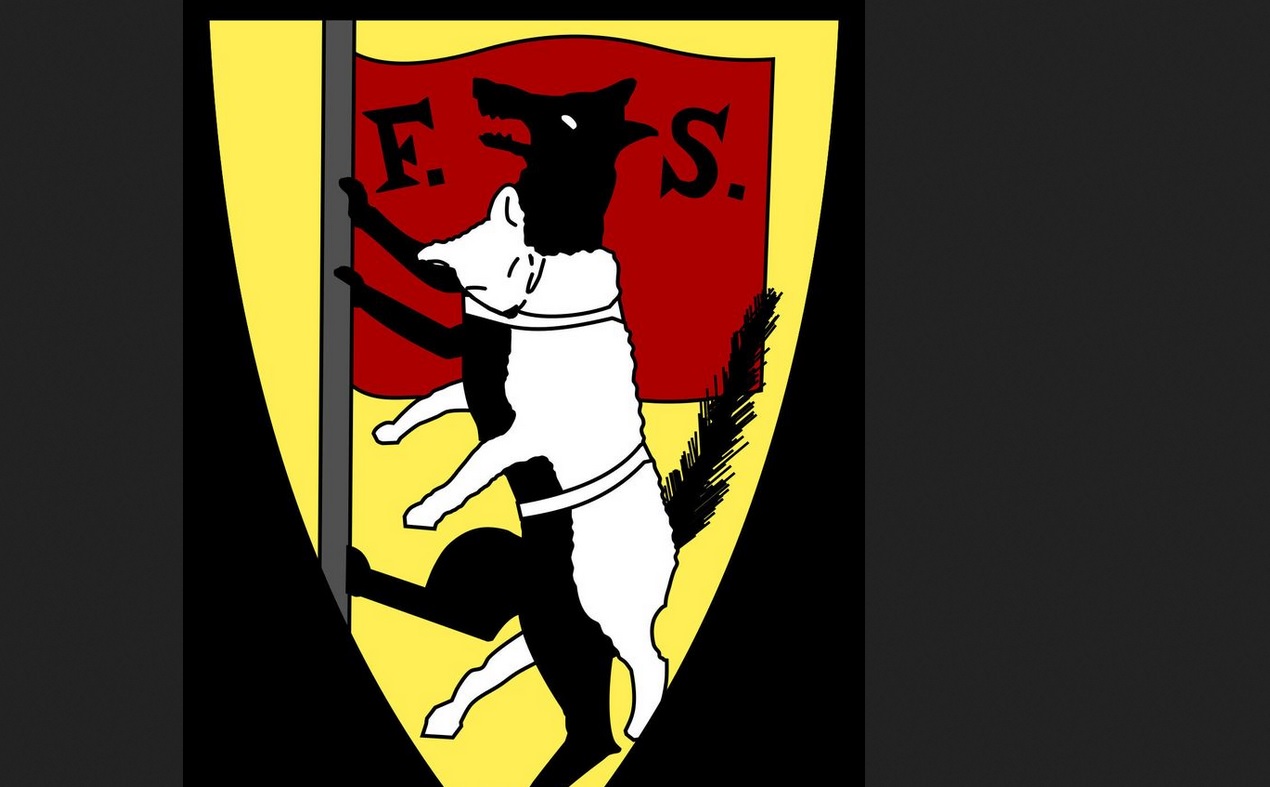 Rich Higgins was fired from the Trump National Security Council in 2017, prior to the Las Vegas attack, after he wrote a Political Warfare memo that got leaked in which Higgins identified the “Deep State” working against President Donald Trump. Higgins wrote in that memo: “In Maoist insurgence, the formation of a counter-state is essential to seizing State power.”