"Soooooooo goooooood. I like it,I would make me great again,guandong lunxianqu."

GETTR, the new social media app from ex-Trump advisor Jason Miller, has received around 1,200 strange reviews from Chinese linked accounts, amid reports the app posts anti-CCP propaganda to user profiles without their permission.

A beta version of GETTR was launched on Thursday, with its description on the App Store declaring that it is “a non-bias social network for people all over the world” that “tried the best to provide best software quality to the users, allow anyone to express their opinion freely.” Highlighted features included “post, repost, comments,” “multi-language support” and “news sharing.” In an interview with Fox News, Miller claimed that GETTR has “superior technology” to their competitors, seemingly referring to alt tech alternatives like Gab, Spreely and Parler as being “not as good.”

However, the strangely-phrased, seemingly broken English language used in the App Store descriptions may be part of a larger phenomenon, National File can reveal. With most timelines declaring that it was “mid-June” that the GETTR app was first placed in the App Store, the vast majority of the over 1,200 reviews date from 16th to 17th June, and apart from a couple, all rate the app 5 stars.

Additionally, many of the reviews for GETTR are either once again in broken English or in Chinese. Anti-CCP sentiment is strong among the comments, even those written in clearer English. Some reviews include Chinese words transliterated into Latin text and randomly included within the review itself, while others don’t even seem to mention GETTR at all. Examples of the stranger reviews include:

Following discovery of the reviews, National File also became aware of reports that new users who had just signed up to GETTR had some posts appearing in their personal profile that they didn’t post themselves. One example posted to Twitter involved an anti-CCP post that seemingly originated from a Chinese account.

I DIDNT EVEN MAKE THIS TWEET HOLY SHIT THIS APP AUTOMATICALLY TWEETS ANTI CHINA PROPAGANDA FROM YOUR ACCOUNT LMFAOOOOOOOOOOOOO pic.twitter.com/bIDZS4ou2r

The image posted to the GETTR account was a quote from Guo Wengui, also known as Miles Guo, a Chinese billionaire who fled China in 2015 after he was set to be arrested for various charges including corruption, which he alleged were simply a witchhunt. Guo later became a whistleblower after fleeing China. An organization, launched by Guo and Steve Bannon, known as the New Federal State of China, was mentioned multiple times in many of the seemingly out of place GETTR reviews posted to the App Store, with a plethora of early posts on the site seemingly from pro-Guo Chinese accounts. More strange reviews for GETTR can be seen below: 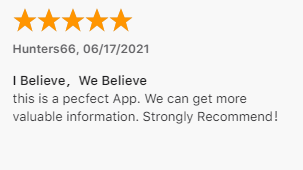 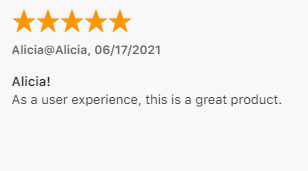 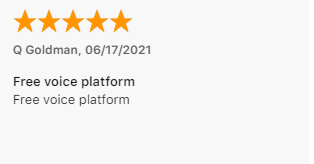 National File reported earlier on Thursday that President Trump was unlikely to join GETTR and won’t “have any financial stake or participation” in the platform. “Apparently the ex president still has plans for a separate platform. Unclear what exactly,” said Jennifer Jacobs, a senior Bloomberg reporter. As recently as last week, President Trump demurred when asked by Dave Rubin if he had plans to join another platform. “There’s a lot of platforms out there, that’s what we’re looking at, getting the right platform, a perfect platform, and I think you’ll see something fairly soon,” said President Trump.