Here Is The Evidence...

by Patrick Howley
in Politics, States

Former Oklahoma state senator Ron Sharp is speaking out about how Republican Establishment consultant Fount Holland ran negative ads on him using funds from a taxpayer-funded charter school that is accused of being a massive fraud.

As NATIONAL FILE previously revealed, Fount Holland, the consultant described as the “Mitch McConnell of Oklahoma,” pocketed $20,000 from Epic Charter Schools, which allegedly drained at least more than $22 million and possibly more from state taxpayers. Three top Epic executives have been criminally charged, including the school’s co-founders. Fount Holland then turned around and ran attack ads against a sitting state senator, Ron Sharp, who opposed the school. Holland is described by insiders as an establishment shill who works against populist contenders and who runs establishment-approved candidates to maintain the crooked status quo in Oklahoma politics.

“The OSBI documents have been included in the evidence that Chaney and Harris paid for Dark Money ads to defeat me in my 2020 Senate reelection campaign using State dollars,” former Oklahoma state senator Ron Sharp told NATIONAL FILE. “This is a violation of Oklahoma criminal statutes. All State dollars should be returned to the Oklahoma tax commission that were apparently embezzled by Be Harris, David Chaney, Josh Brock. That would include those State dollars paid to Fount Holland since the dollars paid to him were embezzled — according to the OSBI investigation.”

As NATIONAL FILE reported: Fount Holland, a GOP political consultant described as “the Mitch McConnell of Oklahoma,” took $20,000 in taxpayer money from an allegedly fraudulent online charter school to run attack ads against a conservative primary candidate who questioned the legitimacy of the fraudulent school.

Epic Charter Schools, operating in Oklahoma, is under scrutiny, with insiders saying that it’s a scam to fleece taxpayers for an online educational product with questionable enrollment numbers and no real accountability. Oklahoma taxpayers lost at least over $22 million and potentially $55 million or more on the scheme. The Oklahoma Bureau of Investigation busted Epic Charter Schools co-founders Ben Harris and David Chaney and chief financial officer Josh Brock for allegedly funneling public taxpayer money over 50 times into their for-profit company.

“State senator Sharp was like, this doesn’t make sense, so they nuked him. And they used taxpayer money to do it,” a source in Oklahoma said. Evidently, Cindy Byrd, the state auditor and inspector, just got re-elected and she also faced an expensive campaign that was waged against her because she wanted to audit Epic Charter Schools.

Here is the criminal complaint: 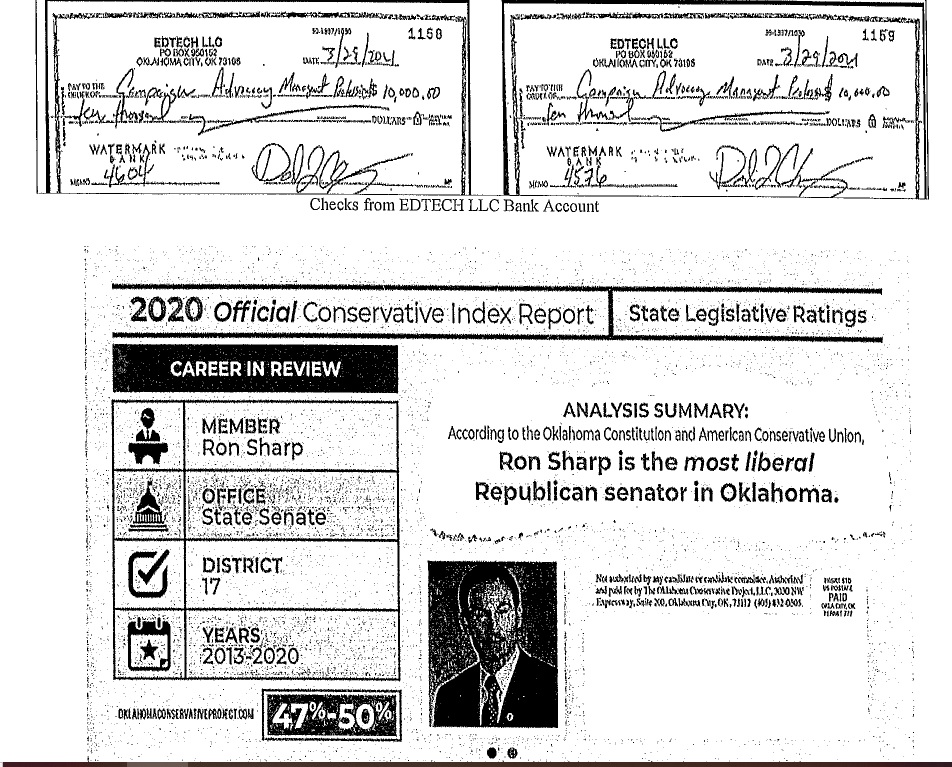