A Kelly campaign spokesman called the tweet “unacceptable,” but the candidate has not gone on the record condemning his staffer; no comment on any disciplinary measures taken

A deputy communications director for the Arizona US Senate campaign for Democrat Mark Kelly has allegedly been disciplined by the campaign for a tweet he posted saying, “Chicago Police you worthless f—king pigs.”

Mark Kelly, the former astronaut and husband of former US Rep. Gabby Giffords (D-AZ), is in a close race with Sen. Martha McSally (R-AZ). One of the hot topics in that race is support – or a lack thereof – for law enforcement.

T.J. L’Heureux, who was hired by Kelly’s campaign in August of this year, posted his anti-law enforcement declaration just seven days before he was brought on as deputy press secretary to the former astronaut’s campaign. L’Heureux served as a media assistant for radical Progressive Pete Buttigieg’s presidential campaign until March. 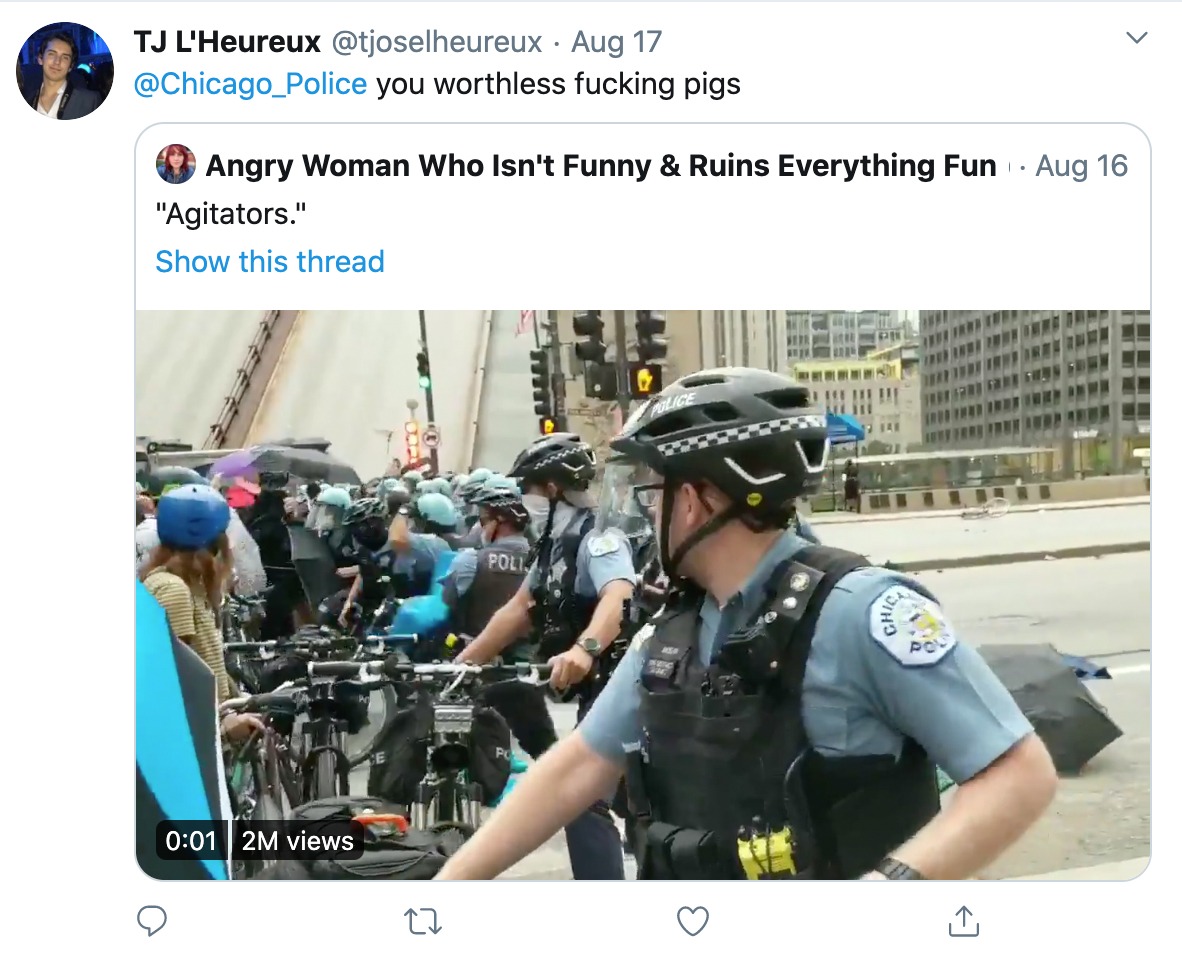 “The tweet posted by a junior staff member is unacceptable and we are taking the appropriate action,” Kelly’s spokesman, Jacob Peters, said in a statement. To date, Kelly himself has remained silent on the matter, calling into question his alleged full-throated support for law enforcement.

You’re no friend of law enforcement if you tolerate & embrace disgusting attacks on our police.

“These comments are disgusting and were made just one week before Mark Kelly hired this person, meaning he knew about it and was OK with it,” McSally spokesperson Caroline Anderegg said. “It’s just further proof that Mark embraces extreme anti-law enforcement ideas and rhetoric. Anything he tries to say to the contrary is a bunch of hot air.”

While Jacobs denied that the campaign was aware of L’Heureux’s anti-cop tweet, human resources experts say that even a marginally effective vetting process employed by a US Senate candidate – on either side of the aisle – would have explored the social media posts of a potential deputy press secretary.

National File has reached out to the Kelly campaign for comment and did not receive an immediate response.