The Delaware audit, which is now roughly thirty percent complete, has confirmed widespread fraud in the 2020 election in Joe Biden’s home state. Patriots For Delaware materials obtained by NATIONAL FILE show that so far 1,768 dead voters have been found, a “statistically impossible” number of mail-in ballots were returned, thousands of people who had moved out of state voted in Delaware, and some nursing and assisted living homes saw a much greater than 100 percent voter turnout and in some cases a greater than 200 percent and 300 percent voter turnout. As the audit goes along, the numbers look promising for President Donald Trump and 2020 Delaware Republican U.S. Senate candidate Lauren Witzke. 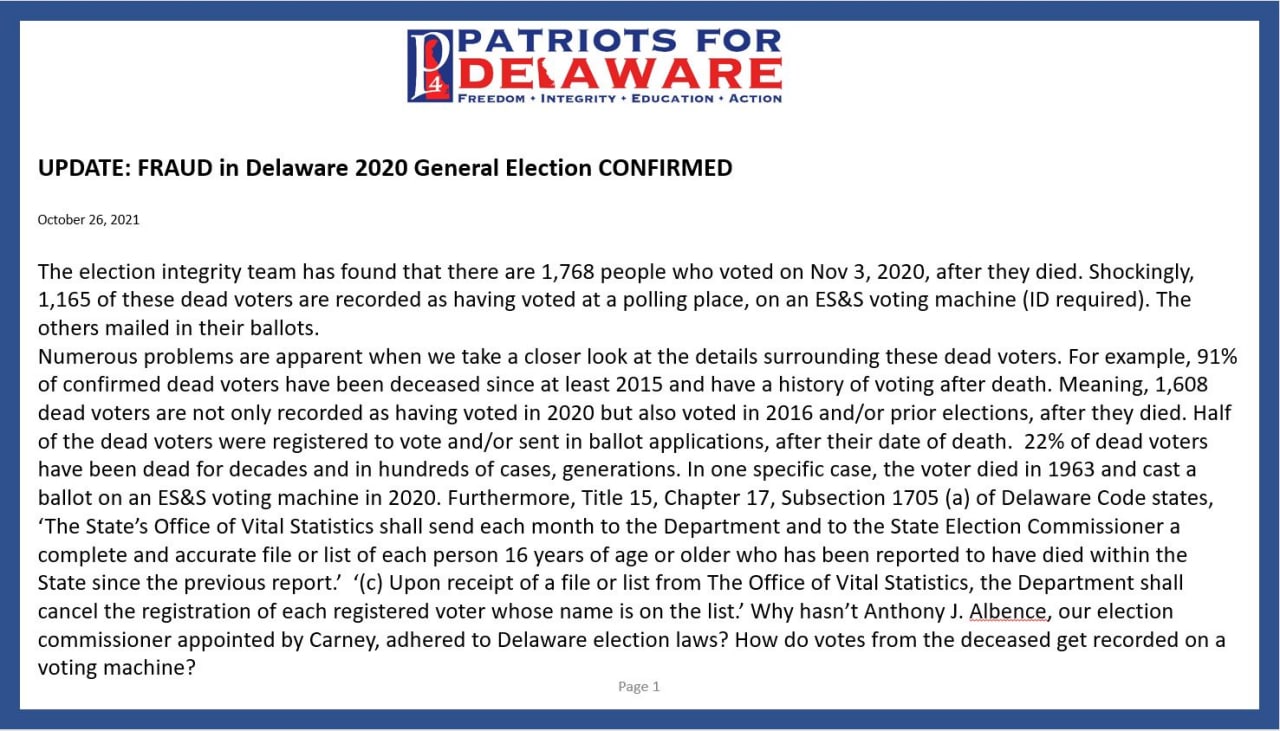 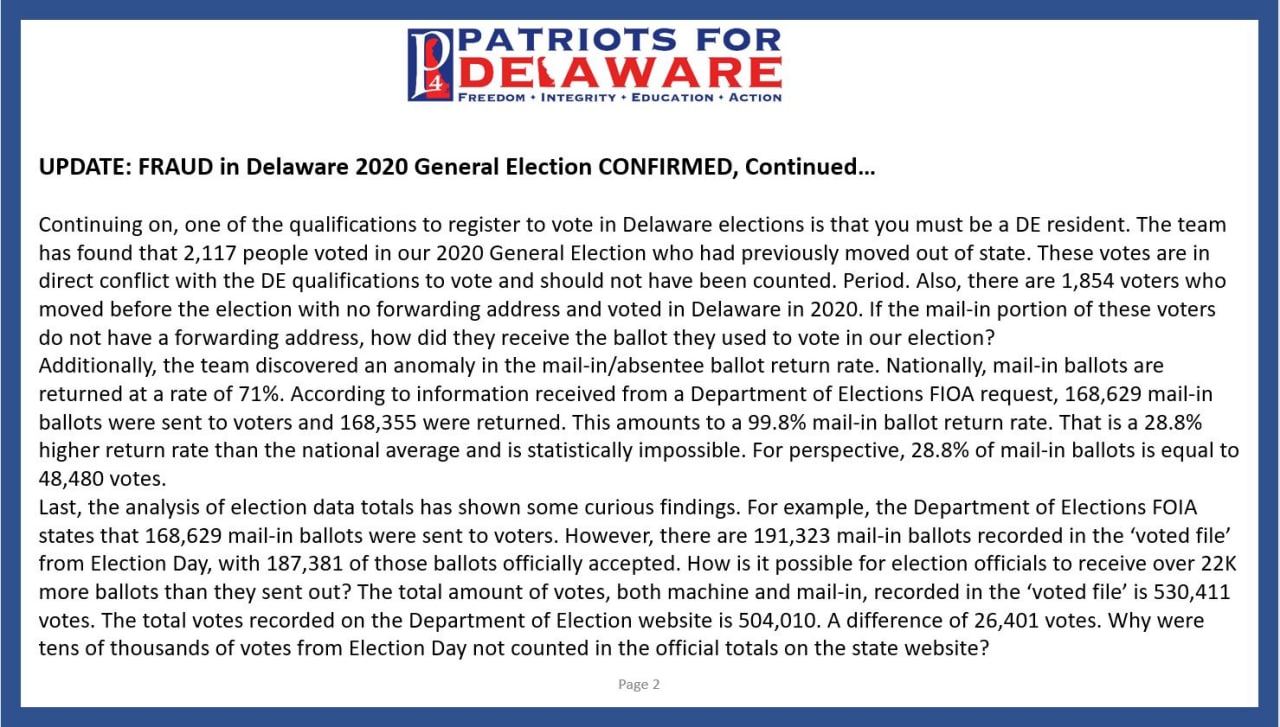 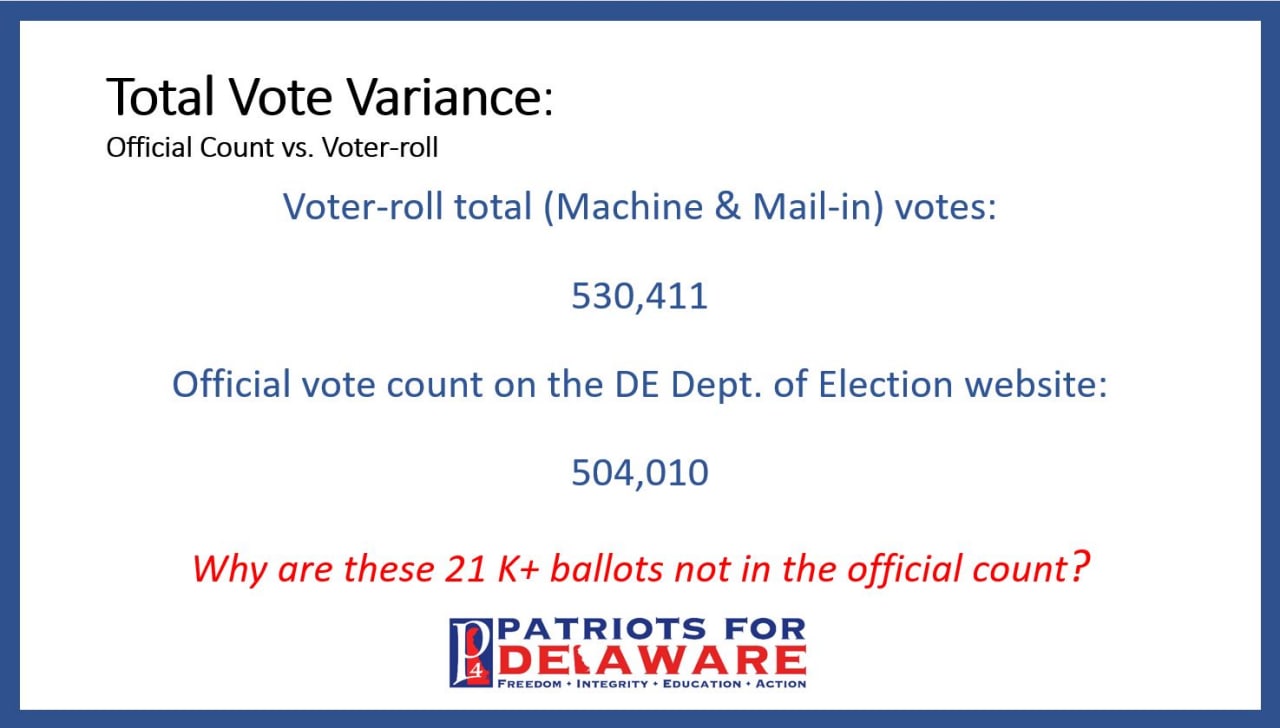 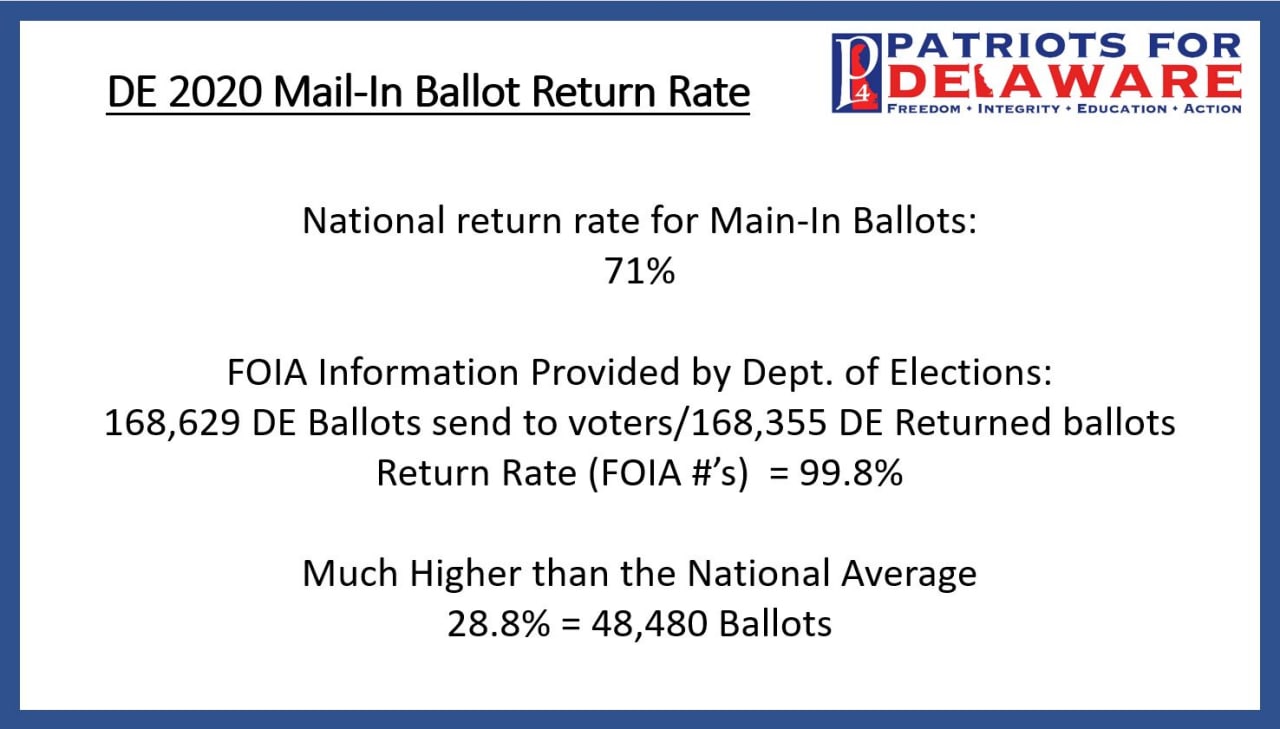 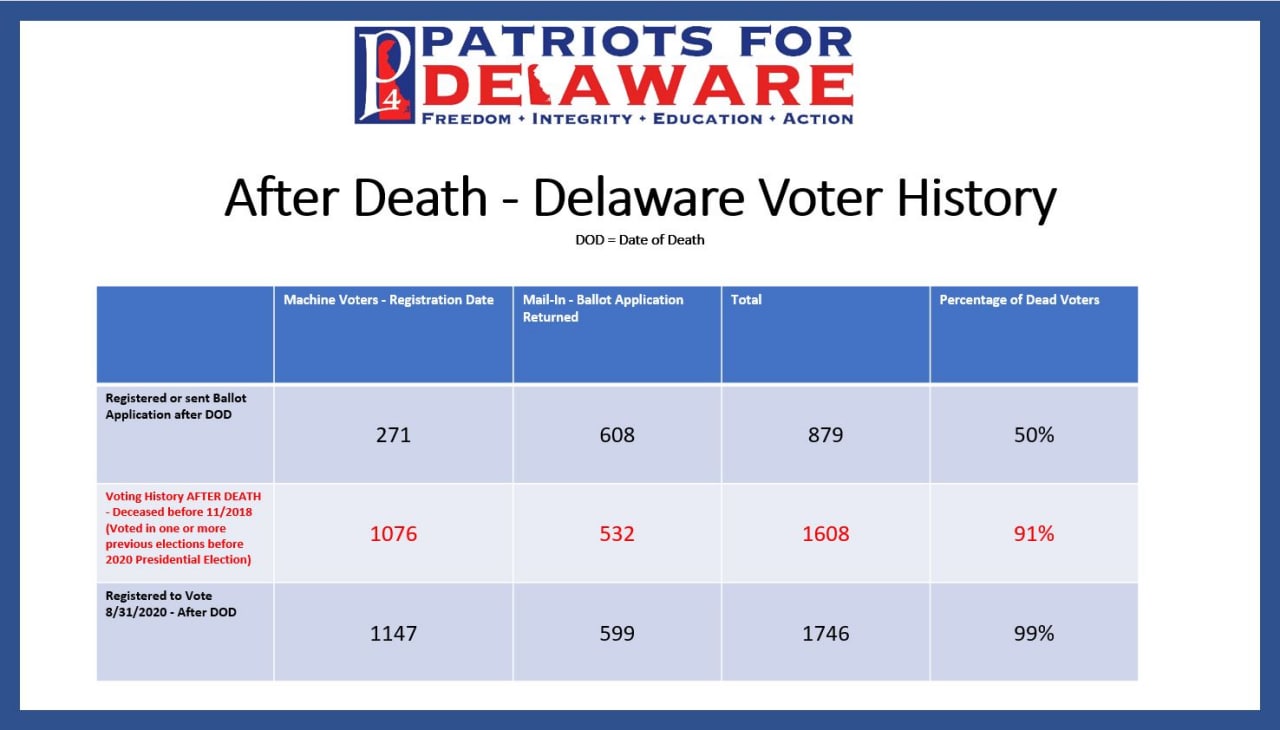 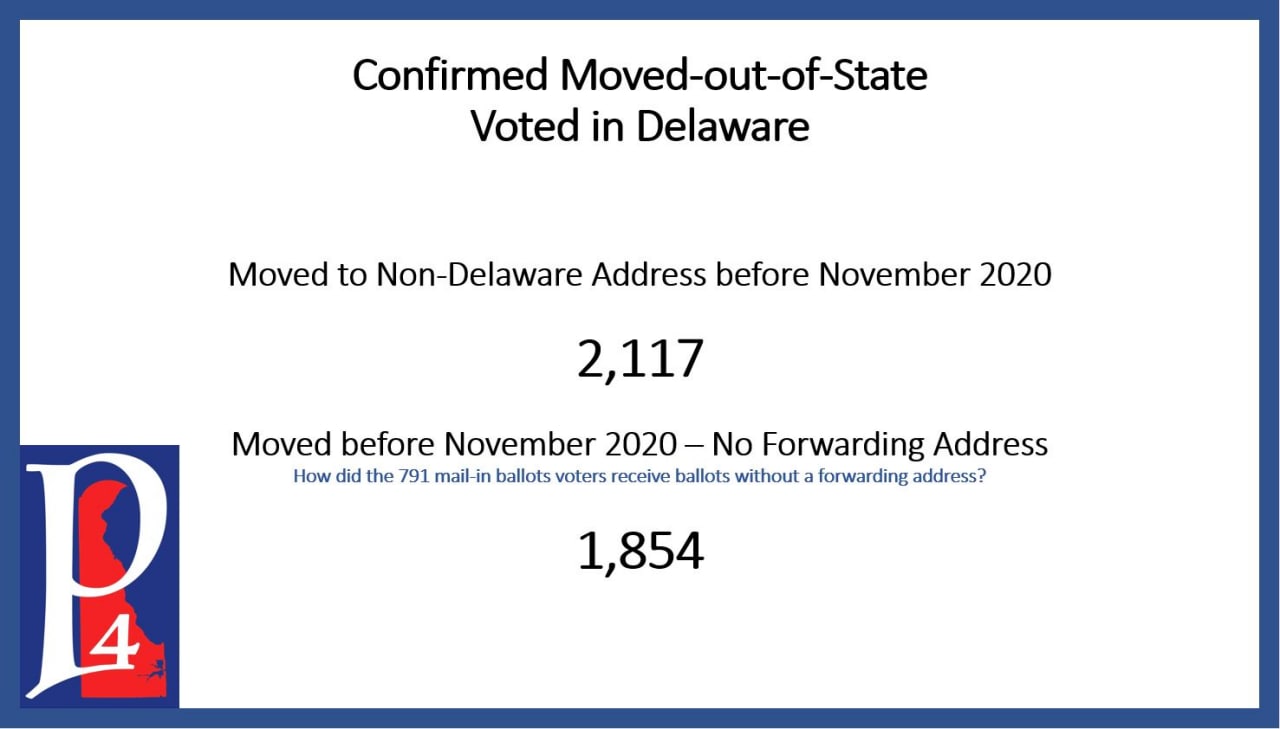 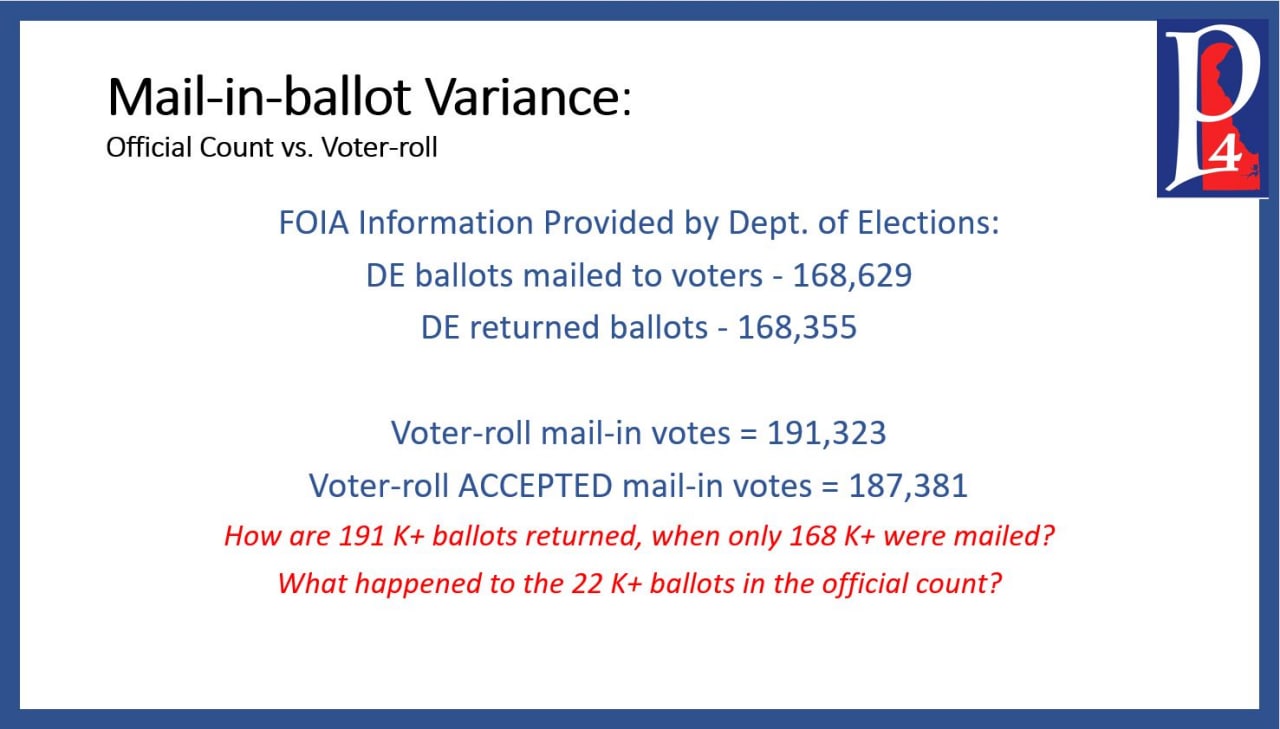 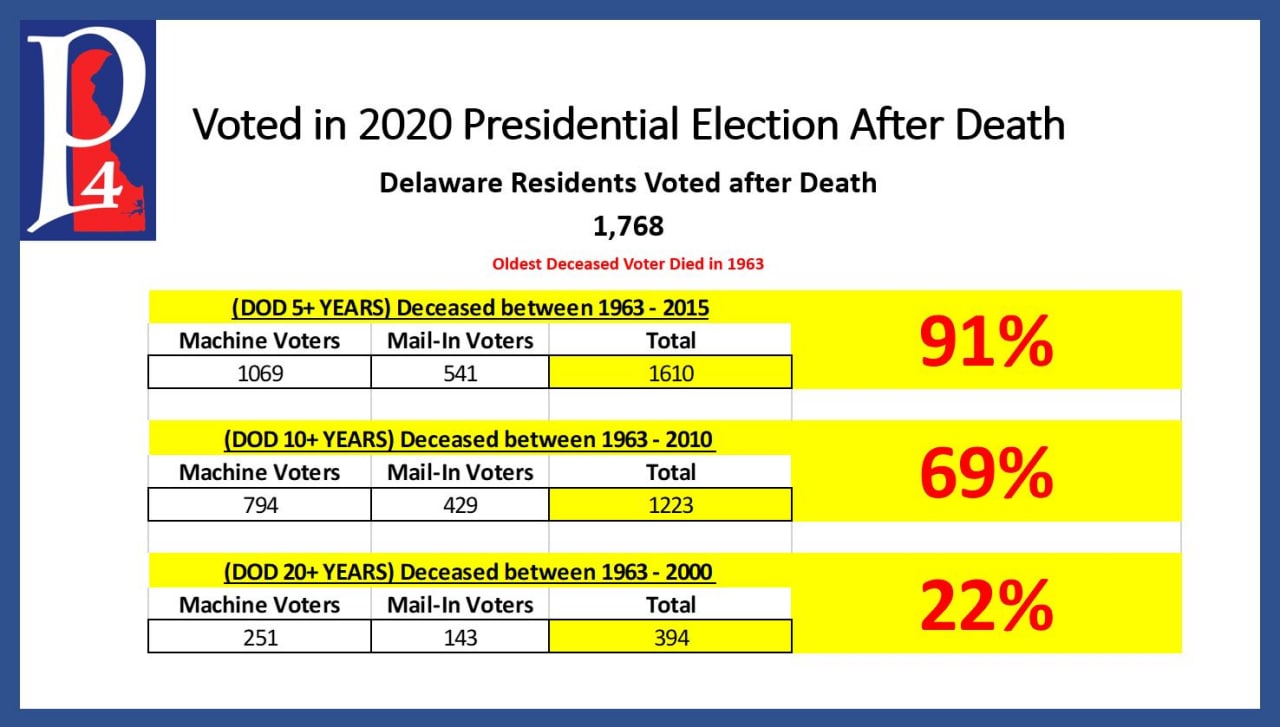 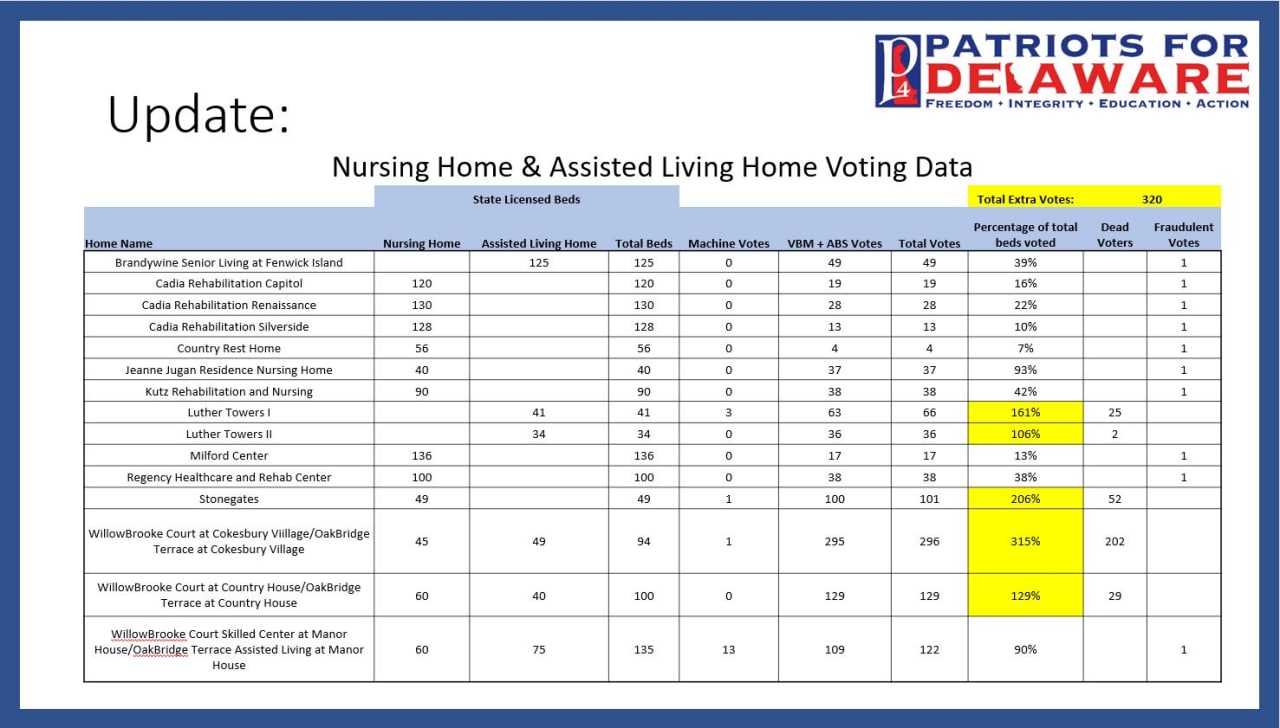