The Daily Caller called Witzke a "failed senate candidate," and the Editor-in-Chief alluded that she is an anti-Semite.

Despite having reporters of their own in attendance at the January 6 Trump rally in DC, The Daily Caller actively sought out and doxxed reporters from competing conservative news outlets in an attempt to cancel them.

I attended the rally on assignment with National File, to interview my fellow Trump supporters about their feelings toward their United States Senators who they felt were actively betraying them, and practice my rights under the protections of the First Amendment-Freedom of Press.

On January 7th, the Daily Caller’s Michael Ginsberg proactively searched for my personal page on Parler to see that I had posted a photo from the rally at Capitol Hill. Ginsberg, (being the lazy, mediocre journalist that he is) failed to reach out for comment, and then proceeded to write a hit piece on me titled “Failed Candidate attended Capitol Riot.” 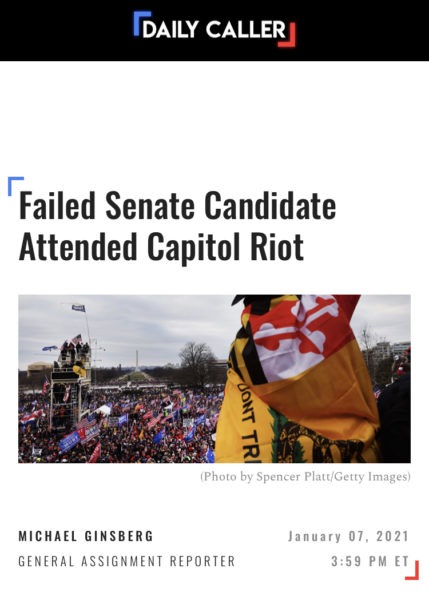 Instantly, my personal social media pages were filled with hateful calls for my arrest from the radical left, as well as death threats calling for me to be “Taken out like that terrorist, Ashli Babbitt.”

Since Daily Caller’s lead reporter, Jorge Ventura, was also there covering the DC Capitol Hill rally, I can’t help but think the Daily Caller specifically targeted and doxxed me because they didn’t like my personal opinions – posted on my personal social media accounts – about the rally.

It seems The Daily Caller feels as if any Right-Wing media outlet who embraces Trump and his supporters must be cancelled. Mr. Ginsberg and the Daily Caller are working in tune with Big Tech tyrants in an attempt to crush all other conservative media outlets who may have ever supported President Trump.

When National File reached out to the Daily Caller to ask if their reporters entered the Capitol Building and if they would be running profile pieces on every Trump supporter in attendance, Daily Caller did not respond with comment.

When I was finally able to confront the Daily Caller for their blatant attack on National File’s reporters and engaging in cancel culture, I was met with threats of being slandered as an antisemite by the Daily Caller’s Editor in Chief, Geoffrey Ingersoll. 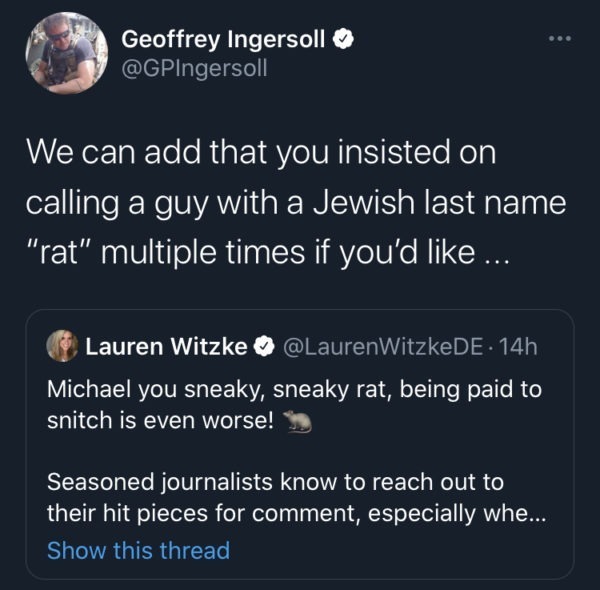 When National File called and emailed Ingersoll repeatedly to offer the opportunity to comment on this story, we did not receive a response.

I’m not sure if doxing, slander, and actively engaging in the cancelling of other conservative outlets is explicitly listed in the Daily Caller’s Mission Statement, but after what I experienced, it’s safe to say that the Daily Caller feels empowered under a Joe Biden administration enough to make it their mission. The Daily Caller is no longer the organization of Tucker Carlson, in fact, it’s now run by a man named Neil Patel.

The Daily Caller should remove Tucker Carlson’s face from their profile and stop deceiving their subscribers into thinking that they are his mouthpiece, since I am 1000% sure Tucker Carlson would find their cancelling, doxing, and unprovoked attacks against conservative media reporters appalling.