During the period in question, the Truman National Security Project had Hunter Biden on its board as well as the executive of a consulting firm employed by Burisma Holdings, and the Truman Project allegedly did political work that benefited Burisma’s interests, according to the complaint. Burisma Holdings is the scandal-plagued Ukraine gas company that had Hunter Biden on its board. Joe Biden gave a speech discussing the Ukraine energy sector to the Truman National Security Project’s 2015 conference. 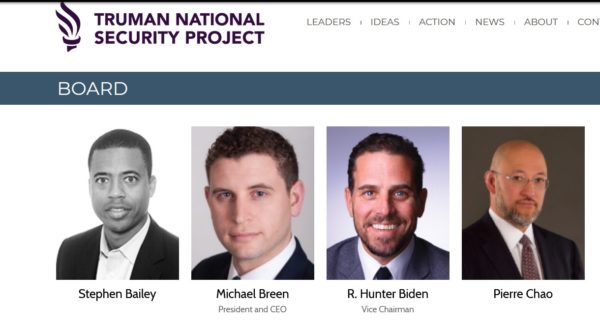 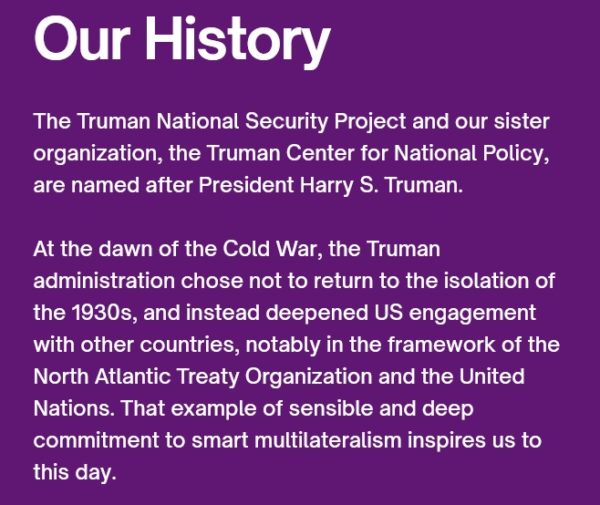 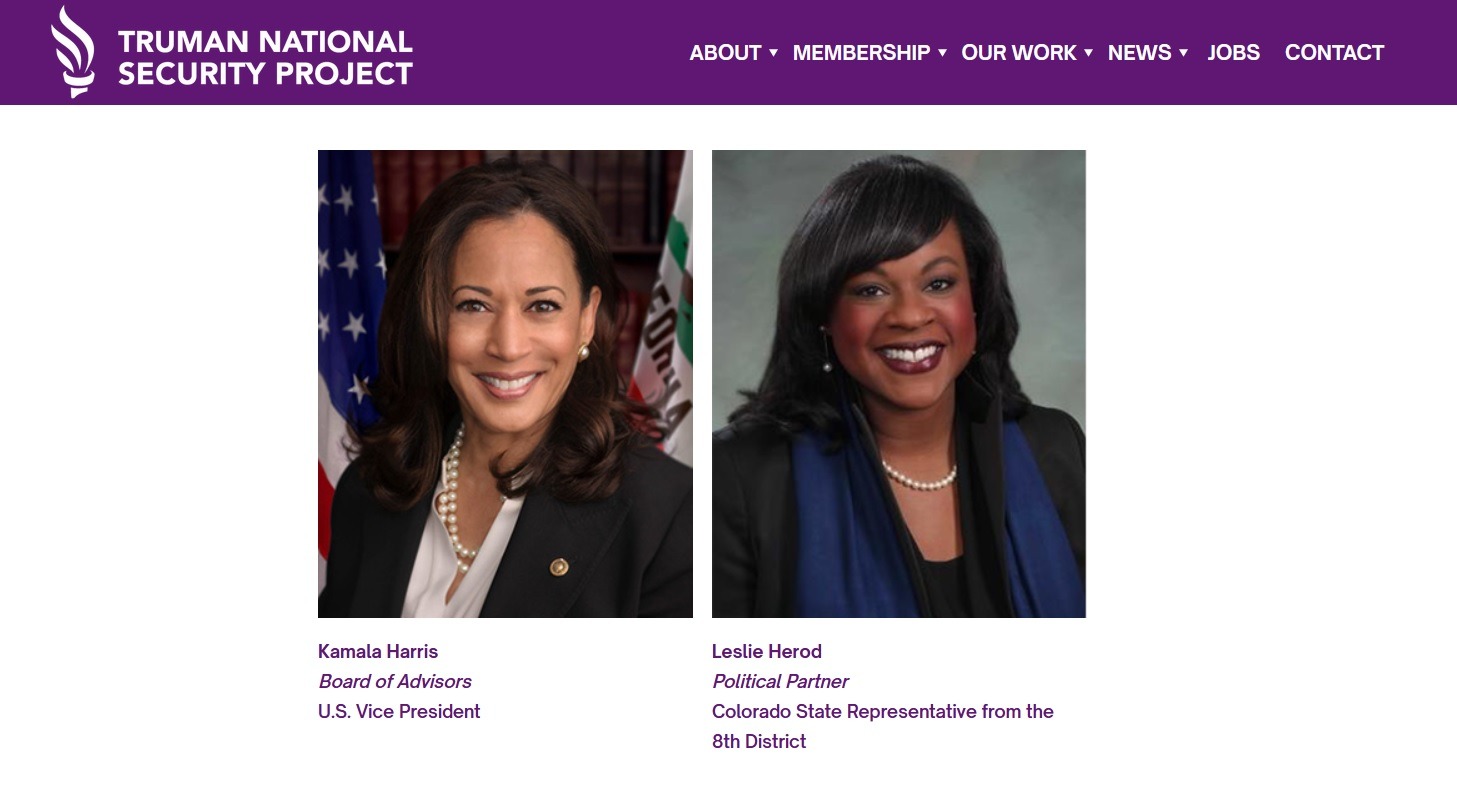 The National Legal and Policy Center complaint to the DOJ states: “The Truman National Security Project is a nonprofit public policy advocacy organization that was required to register with DOJ under FARA because two of its board members, Hunter Biden and Sally Painter (individuals who, as directors, “direct” the Truman Project) who is also the COO of Blue Star Strategies, which was hired by Burisma in 2015, and thus share the same client; and because the Truman Project has engaged in political activities which support Burisma’s interests and has sought to inform the public on domestic or foreign policy which oppose the policies of the Trump administration.

When Hunter Biden was an interested director at Burisma, the company hired BlueStar. As reported by the Wall Street Journal, “[i]n November 2015, Burisma hired Washington-based consulting firm Blue Star Strategies, which has been lauded in the West for its work to help former Soviet countries prepare for NATO consideration. Its founders: Sally Painter, a senior adviser to the Commerce Department in the Clinton administration, and Karen Tramontano, a deputy chief of staff in the Clinton White House.” The Journal also reported that “email exchanges between State Department staffers show that Karen Tramontano, chief executive of Blue Star, cited Mr. Biden’s position in trying to secure a meeting with a senior official at the State Department.” Furthermore, 22 U.S.C. 613(h) provides that any agent of a non-governmental foreign principal is exempt from FARA if the agent registers under the Lobbying Disclosure Act of 1995 when conducting lobbying on behalf of the foreign principal. However, the Truman National Security Project has not registered under the LDA…While it is unclear exactly when Burisma retained Blue Star Strategies, Biden and Painter were serving together on the Truman board while Blue Star was working for Burisma.

NATIONAL FILE’s FRANK SALVATO PREVIOUSLY REPORTED: In a story that received next to zero coverage in the mainstream media, an internal email/memo from Democrat presidential hopeful Joe Biden’s brother, Jim Biden, to the hierarchy of SinoHawk Holdings, the partnership between the CEFC China Energy Company (CEFC) and the Biden family, cataloged a rich list of “key domestic contacts” that included then-US Sen. Kamala Harris (D-CA), and other high-level Democrats and Progressives.

The memo was sent from Jim Biden to James Gilliar, Tony Bobulinski, Hunter Biden, and Rob Walker with the subject line, “Phase One Domestic Contacts/Project.”

As a byproduct of the mainstream media’s willful refusal to cover the story, Harris was never made to address the issue, let alone answer any probing questions into her possible relationship with the Bidens in this matter.

Hunter Biden’s business associations with several Communist Chinese nationals, according to the Senate Homeland Security and Senate Finance committees, have “resulted in millions of dollars in questionable transactions.”

As part of an investigation conducted by the committees targeting Hunter Biden’s foreign business dealings, it was also discovered that Hunter Biden opened a bank account with Gongwen Dong, whom he described as an “emissary” for Ye Jianming, the chairman of CEFC, which bankrolled a $100,000 international spending binge with his uncle, Jim Biden.

Hunter Biden admitted in a statement this week, that the US Attorney’s Office in Delaware has an active investigation ongoing into his “tax affairs.”

A government source with intimate knowledge of the matter told reporters that Hunter Biden is a subject/target of the grand jury investigation, indicating that the investigation is focused on the commission of a crime.”

MEANWHILE, THE COMPLAINT DISCUSSES ANONYMOUS CHINESE DONATIONS TO THE PENN BIDEN CENTER, WHICH WAS MANAGED BY JOE BIDEN’S CURRENT SECRETARY OF STATE TONY BLINKEN, WHO APPEARS IN EMAILS ON HUNTER’S LAPTOP

The National Legal and Policy Center complaint states: “From 2013-2019, the University of Pennsylvania received more than $67 million from China. More significantly, after the Penn Biden Center opened it doors here in Washington, D.C., on February 2018, the China gifts poured in all the more, including a single anonymous gift a few months later on May 25, 2018 for a whopping $14.5 million, and continued after Biden announced his candidacy of the presidency on April 25, 2019…The University of Pennsylvania has refused to disclose the source of these anonymous donations or any documents associated with these gifts or contracts. Both Penn and the Penn Biden Center are particularly vulnerable to Chinese influences due to these large amounts of donations and contracts. For example, Penn Global sponsored its fourth annual 2020 Penn China Research Symposium on January 31, 2020,that included opening remarks by Ambassador Huang Ping, Consul-General of the People’s Republic of China in New York. At least one of the panelists at the symposium was from the Penn Biden Center.”