Facebook, which is infamous for its indifferent and frequent use of bans for so-called “hate speech,” is coming under fire for refusing to remove a page dedicated to posting child pornography.

(WARNING: Readers are urged to not visit the Facebook page referenced in this article, as it contains graphic and illegal videos containing child pornography.)

Dozens of Facebook users are outraged after learning that there is a Facebook page called “Chokragan” that appears to be based in Pakistan and has the descriptor “photos of beautiful boys” in the about section.

The page, which has over 700 likes, contains images of sexualized young boys and at least one video of explicit child-involved sexual activity. This author did not scroll down to see the full extent of the illegal content posted on the page.

The situation went viral when one Facebook user reported that not only was he told that “The video was reviewed, and it doesn’t go against one of our specific Community Standards,” but one of his own posts from years ago was removed by the Facebook algorithm. 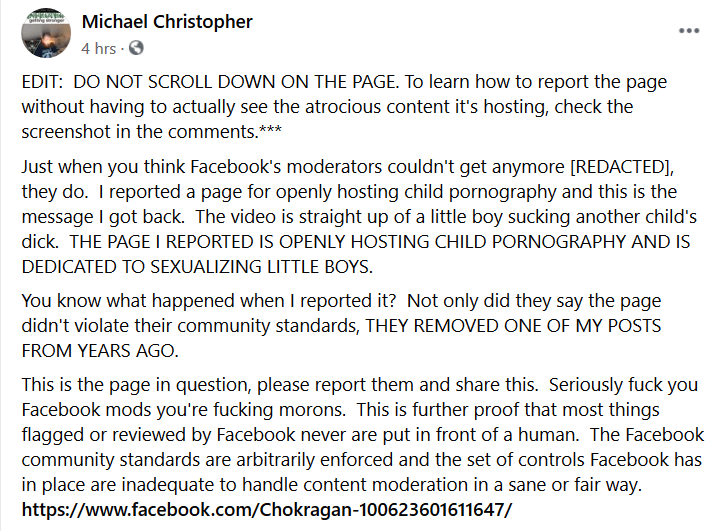 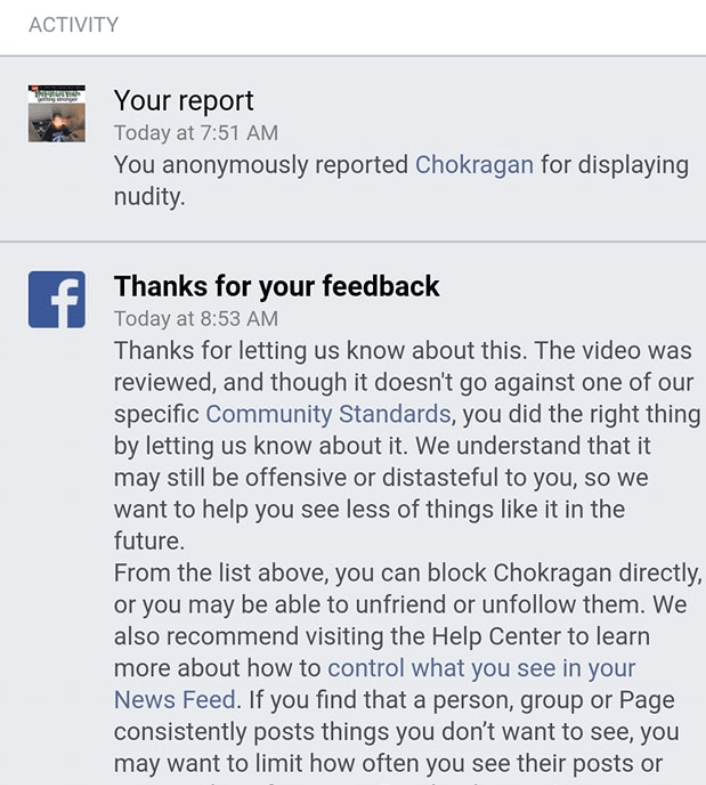 Other users received the same message when attempting to report the page. 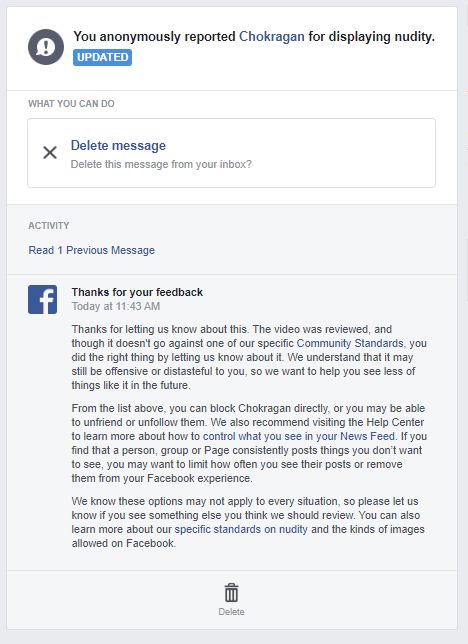 Given that viewing child pornography is a federal crime under U.S. law, the fact that Facebook has not removed the page – which is available to be publicly viewed by all of its 2 billion users – raises massive legal questions.

Facebook has previously stated that due to the coronavirus it will increasingly be relying on algorithms to sort through reported content, but the algorithm appears to be pathetically useless at identifying child pornography and nudity.

Many users report having been banned or “postblocked” for posting memes at an even higher rate than usual, while videos of animal abuse, gore, and nudity remain untouched on the website.

National File is currently reaching out to Facebook for comment on this story, and will provide updates if we receive a response.

UPDATE: This editor received the same automated response from Facebook that the literal child pornography posted on the “Chokragan” page “doesn’t go against one of our specific Community Standards.”

UPDATE: After National File’s reporting, and hundreds of reports by concerned Facebook users over the course of the past few days, the page appears to be no longer present on the platform. Whether this was because of Facebook staff taking action or the page admins deleting the page due to backlash is unknown at this time.