by Addison Basurto
in 2022, News, Politics

Arizona Secretary of State Katie Hobbs (D) was part of her high school yearbook committee which organized ‘Slave Day,’ where students placed bids on younger students to perform tasks that were “degrading,” according to the school’s yearbook archives.

Yearbook copies from Seton Catholic Preparatory High School have recently surfaced which revealed that Hobbs was an active member of the yearbook staff, student council, and the student council body during her tenure from 1984 to 1988. 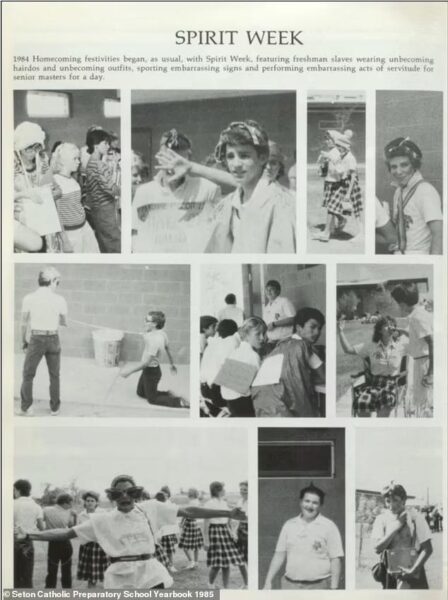 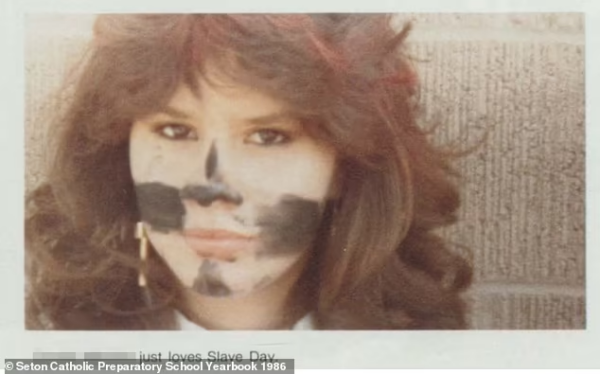 The students at the high school, led by Katie Hobbs, participated in the usage of ‘blackface’ face paint during ‘Slave Day.’ 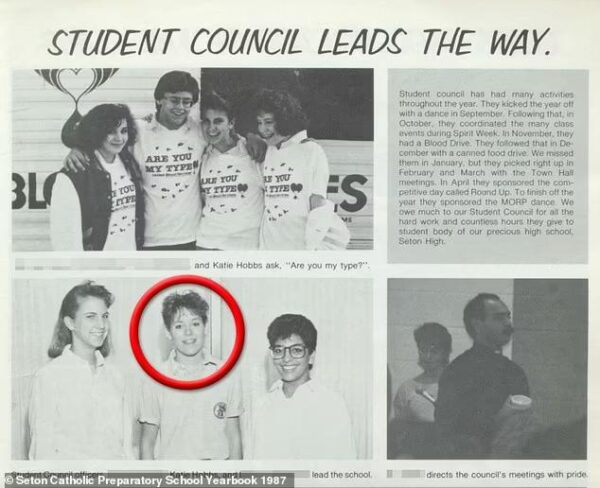 Student Council Officer, Katie Hobbs [leads] the school,” the caption of the yearbook picture said. In the picture, Hobbs can be seen in the middle. 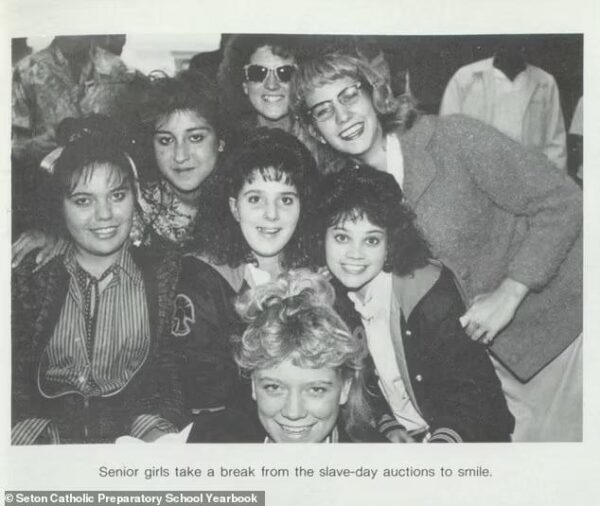 “Senior girls take a break from the slave-day auctions to smile,” another picture’s caption reads. 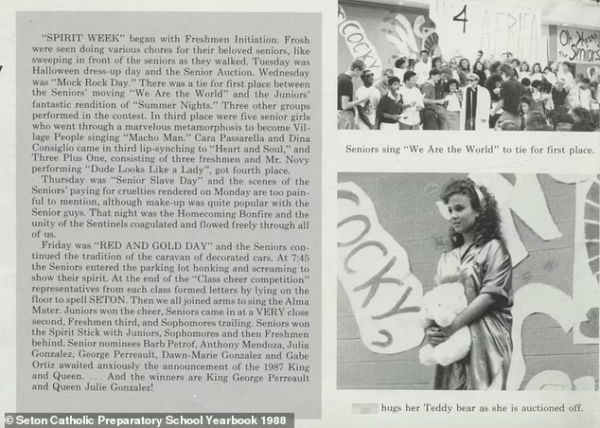 “Thursday was ‘Senior Slave day,’ and the scenes of the Seniors’ paying for cruelties rendered on Monday are too painful to mention, although make-up was quite popular with the Senior guys,” the yearbook’s author wrote.

Hobbs is the opponent of the Republican Arizona gubernatorial nominee, Kari Lake.

“Is Katie Hobbs a racist as defined by the Oxford dictionary? Yes, she is. Is she worthy of sitting in any role of government? No, she is not,” Adams questioned at a December 2021 press conference.

“Twice-convicted racist Katie Hobbs cost AZ taxpayers $2.75 million due to her racism – so it doesn’t surprise me that she organized “Slave Day” in high school,” the Trump-endorsed Kari Lake said.

Twice-convicted racist @katiehobbs cost AZ taxpayers $2.75 million due to her racism—so it doesn’t surprise me that she organized “Slave Day” in high school.

Lake and others have been consistently criticized Hobbs for dodging any gubernatorial debate prior to the November 8th election.

No wonder she refuses to debate @KariLake https://t.co/B3hNZJbopi

“Katie Hobbs is a twice-convicted racist who has cost the taxpayers of Arizona nearly $2 million in settlements. That is a fact,” Lake added.

.@KariLake: “Katie Hobbs is a twice-convicted racist who has cost the taxpayers of Arizona nearly $3 million in settlements. That is a fact.“ pic.twitter.com/ewUPBULH22

This story was originally reported by The Daily Mail.

Lake has been making huge waves across the national political scene as the November 8th Midterm Election approaches.