Biden Rambles Like A Moron At International Summit, Embarrassing America Yet Again

Biden Rambles Like A Moron At International Summit, Embarrassing America Yet Again

Joe Biden engaged in his typical moronic rambling at a summit with the European Union, again humiliating the United States of America while serving in an office once held by George Washington. Biden’s consistent rambling idiotic nonsense has weakened America on the world stage, as evidenced by the fact that foreign foe China shows no respect for the Biden regime.

Biden has rambled and blundered his way through various foreign functions of late, consistently undermining America through his sheer presence on the world stage.

Joe Biden’s humiliation tour for America continued in Cornwall, United Kingdom as he doddered his way through the G7 summit. In one particularly embarrassing moment for the nation that once had George Washington as its president, Democrat “Sleepy Joe” Biden got pulled away by the arm by his wife Jill so his handlers could prevent him from doing an impromptu interview.

Joe Biden is proving to be a consistent embarrassment to the United States of America, as the world grapples with the fact that Deep State insiders are running the country while Biden blunders around like a painful Psy Op, illustrating U.S. government weakness post-Trump. Is there a more fitting image of the Biden presidency than Joe Biden falling up the stairs? President Donald Trump is not impressed.

Trump: "Do you ever notice when [Biden] had a hard time going up the stairs on the plane…I never went on my a**, I'll tell you." https://t.co/VlT7z8drtO pic.twitter.com/483JrSFy0i

“This was a quote by the President of France. He and many other Leaders before him, in France and throughout Europe, were ripping off the United States like never before. We were treated very unfairly with horrible trade deals, and paying for a large portion of their defense. They were taking advantage of the United States and therefore, of course, they like Biden because now they will be allowed to return to their old ways of ripping off our Country. If I were a leader of these countries, I too would like Biden far better than President Trump. They will now get very rich off the United States just like they have in the past until a change is made. I am for AMERICA FIRST!,” President Donald Trump stated.

President Trump’s desire to get world allies in line under American leadership, including his campaign to try to get NATO allies to pay the United States properly for defending them militarily, apparently rankled the European foreign leaders, who seem to get traumatized very easily.

NATIONAL FILE REPORTED: Public Broadcasting Service journalist Yamiche Alcindor declared during an interview on MSNBC this week that European leaders are still nursing “deep scars” that may take “several election cycles” to heal after being “traumatized” by the “elbowing” of former President Donald Trump.

Alcindor said Thursday that “when I’ve been talking to experts, I’ve been trying to explain to them, I covered the NATO and the G7w hen President Trump was there. Those were the only summits as a reporter that I got to cover, and I said, ‘Well, what does a normal summit look like?’ And they said, ‘Well first, it doesn’t look anything like what you’ve experienced.”

“There, the, the, [sic] the impulses of President Trump, former President Trump, the elbowing of leaders, the calling into question not what should be done in these organizations but whether or not they should even exist,” Alcindor continued. “European leaders were frankly scared, a lot of them were traumatized, there are deep scars in these relationships, and that’s why we’re seeing President Biden really leaning in to what we’re calling the Biden doctrine…”

It is nothing short of hilarious to hear a US reporter speak with such concern about the "trauma" and "scars" of European leaders from Trump's policies. Maybe we need a Marshall Plan to send psychologists and therapy dogs to the halls of power in Brussels, Paris and Berlin. https://t.co/fWAHOCVQWH

While an incident in which Trump appeared to shove aside the prime minister of Montenegro while at a NATO summit in Brussels, Belgium did draw media attention in May 2017, the prime minister did not appear upset, nor were any criminal charges filed or medical records detailing deep scars or trauma released.

WHY IS THE BIDEN REGIME SO WEAK ON FOREIGN POLICY? NATIONAL FILE REPORTED: Tony Blinken, the Biden regime’s Secretary of State, managed a Joe Biden project that received millions of anonymous Chinese donor dollars. Blinken appeared a handful of times in emails found on Hunter Biden’s laptop agreeing to advise Hunter Biden when Hunter worked at the scandal-plagued firm Rosemont Seneca Partners. The Obama State Department set up a meeting between Hunter and Blinken which was postponed, and the two met two months later in 2015.

Hunter Biden coordinated introductions between Blinken and his associates, and Blinken was named in an email in connection to a shady prospective deal involving the federal government and Amtrak, a company that previously had Hunter Biden on its board. NATIONAL FILE, which obtained most of the contents of Hunter’s laptop, features the most relevant Tony Blinken-Hunter Biden emails below. 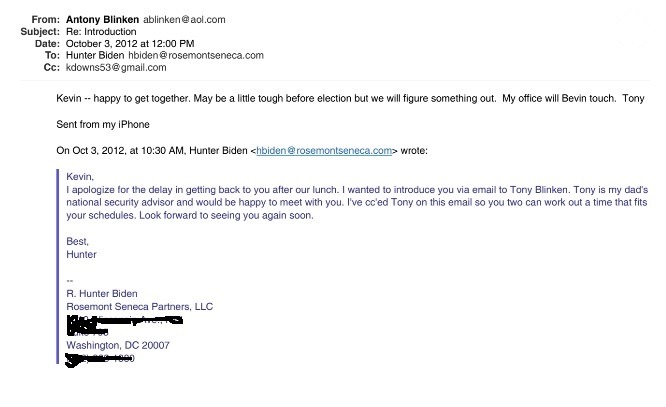 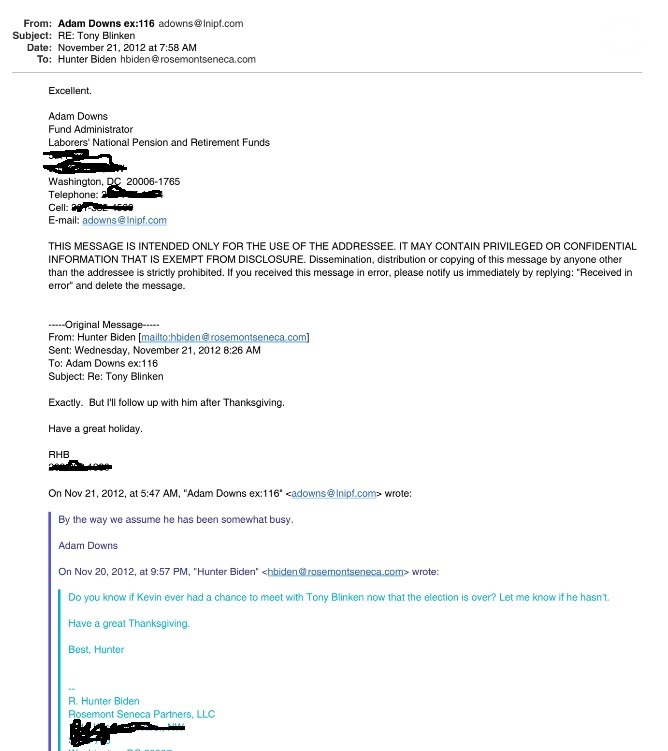 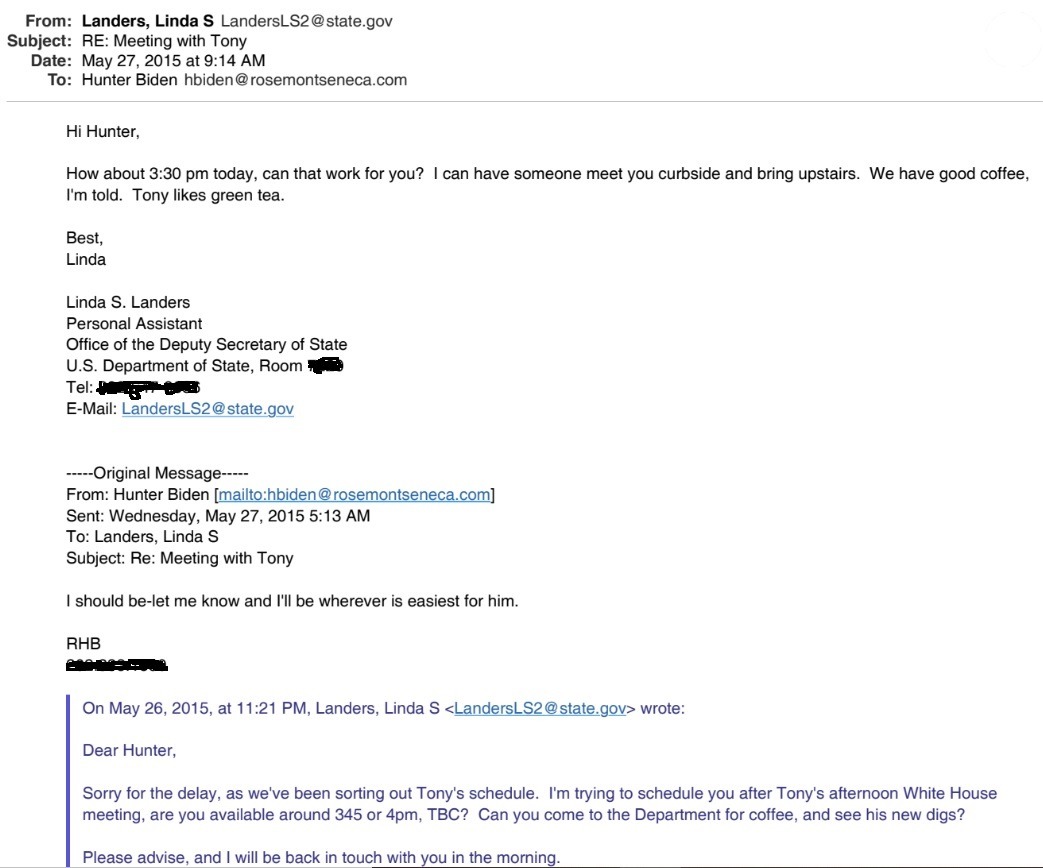 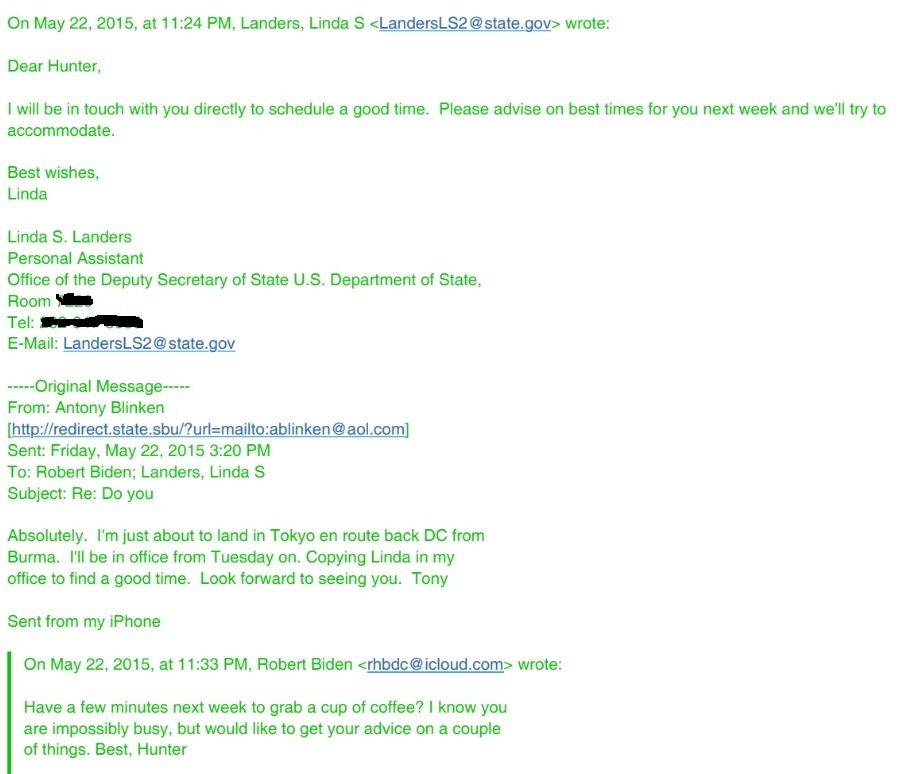 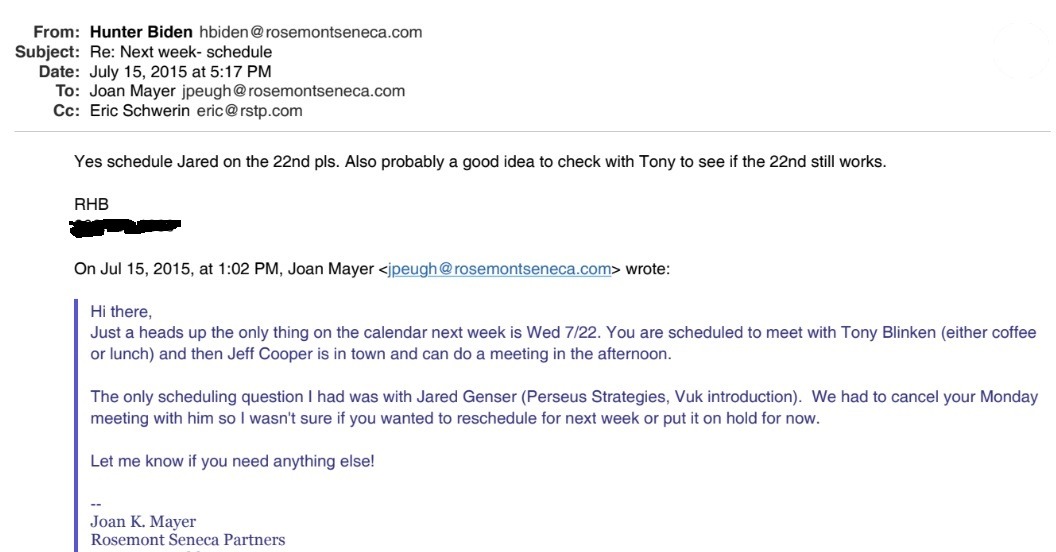 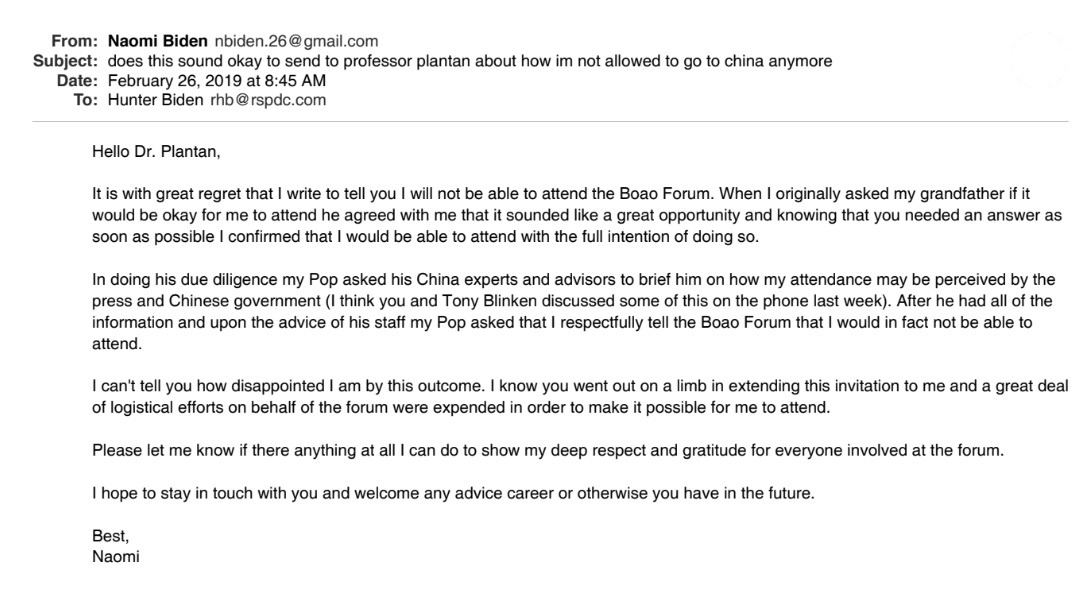