According to a poll conducted by YouGov, a majority of Americans from across the political spectrum are in favour of breaking up the Big Tech companies.

The poll was produced for Vox, who last week released the results of the various questions they had asked the 1,280 respondents. Almost 70% of all Americans are in favour of breaking up Big Tech companies if they are ranking their content based on their ownership. Vox gives the example of Amazon pushing its own AmazonBasics line of suitcases if you were trying to find a suitcase to buy on their site. Almost two-thirds of all Americans are also in favour of breaking up recent mergers, such as that of Facebook and Instagram. 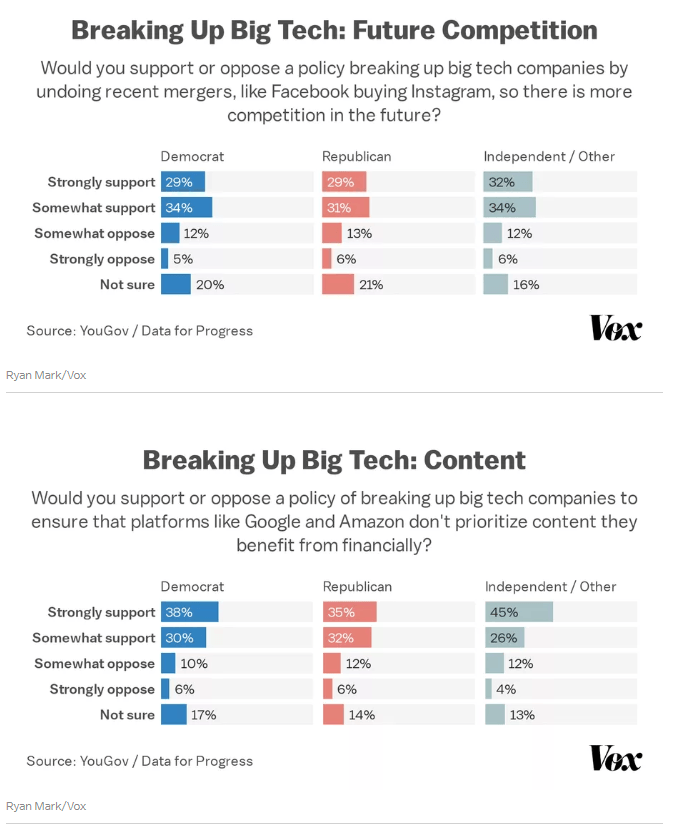 While there are majorities for cracking down on Big Tech across all political affiliations, there is clearly more support for it on the further ends of the political spectrum. 56% of “very liberal” and 47% of “very conservative” responders saying they strongly support breaking up Big Tech companies that prioritise their own content, as opposed to 43% of “liberal,” 32% of “conservative” and 34% of “indendpent/other” responders who only “somewhat support” it. Moderates and people who are unsure of their opinion show the lowest support. 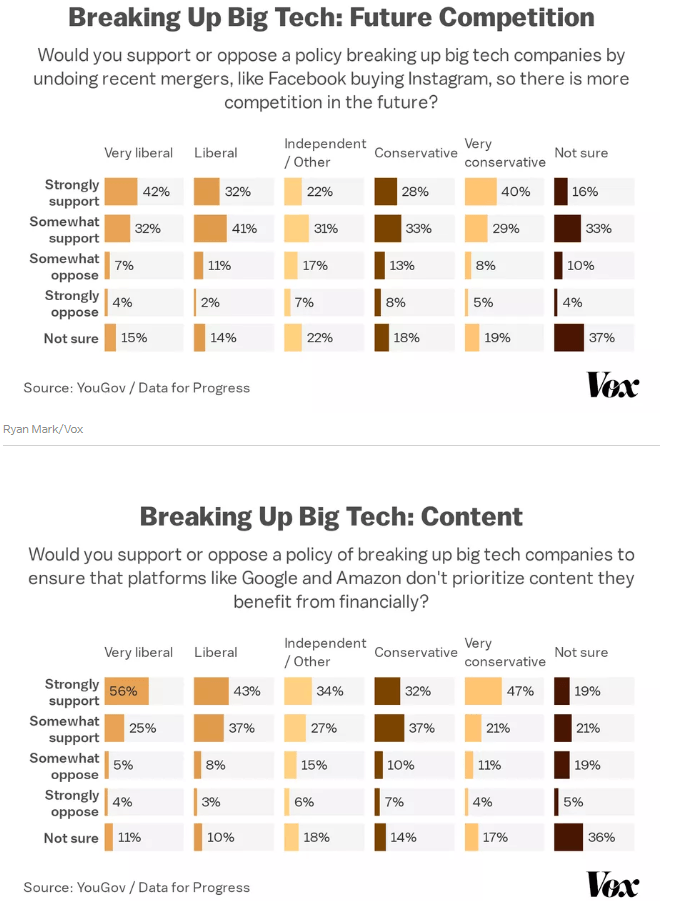 Last month, the DC Court of Appeals said it will hear the suit put together by conservative activist Laura Loomer and Freedom Watch against Big Tech. The suit alleges that by co-operating to ban Loomer and others, the companies are breaking the First Amendment, the Sherman Act (designed to prevent monopolies), and DC’s public accomodation law.