Wilson is a firearms instructor who is running for the office of County Commissioner in Hood County, Texas.

Jack Wilson, the chief of church security who neutralized a gunman during an attempted mass shooting in White Settlement, Texas, is a firearms instructor who is running for County Commissioner of Hood County, Texas under the slogan “Make sure your vote is on target.”

Wilson, 71, is also a former reserve deputy sheriff who put his extensive firearms training to good use when he drew his pistol and fired one round, instantly killing a gunman who had just murdered two parishioners.

On the official Jack Wilson County Commissioner for Precinct 3 Campaign Facebook page, Wilson wrote: “The events at West Freeway Church of Christ put me in a position that I would hope no one would have to be in, but evil exists and I had to take out an active shooter in church.”

Wilson added that “evil does exist in this world and I and other members are not going to allow evil to succeed.”

At least five other churchgoers were armed and ready to engage the shooter before Wilson put him down.

“I don’t consider myself a hero.”

Jack Wilson describes how he stopped a shooter at a White Settlement church yesterday @CBSDFW pic.twitter.com/dMRRoyS57u

In an interview with CBS-DFW, Wilson explained his reaction to the chaotic scene unfolding before him: “[The perpetrator] went and started towards the front of the sanctuary, that’s when I, you know, was able to engage him, and I fired one round.”

The blood spray pattern on the wall behind the gunman indicates that he was shot in the head.

Wilson is an enthusiastic Donald Trump supporter and self-described Conservative Republican who is running for county commissioner under the slogan “Make sure your vote is on target.” 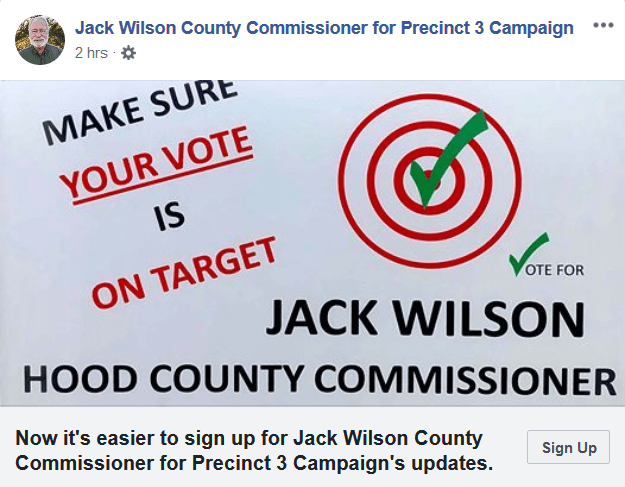 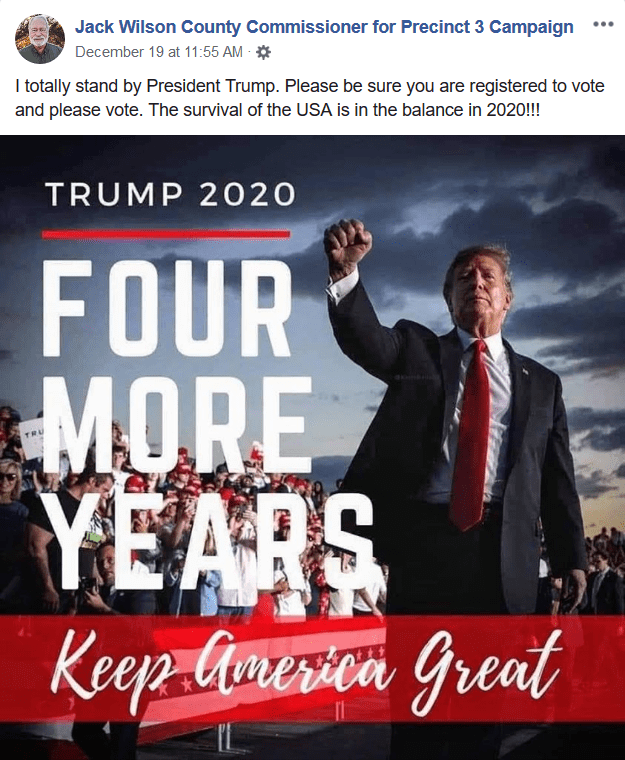 Wilson is currently accepting donations to his County Commissioner campaign via Paypal.

Presidential candidate Joe Biden, who criticized the law as “irrational,” has not commented on Sunday’s events.