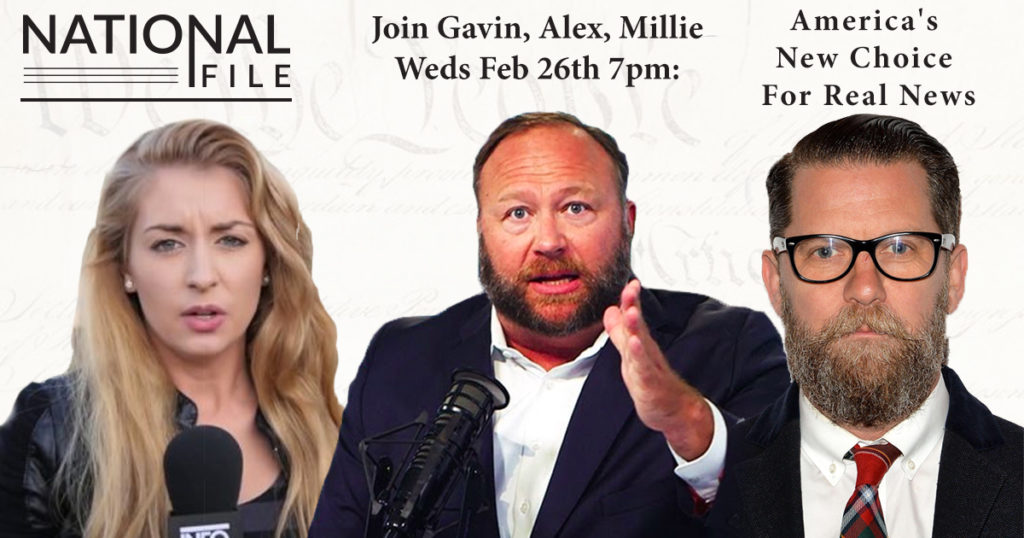 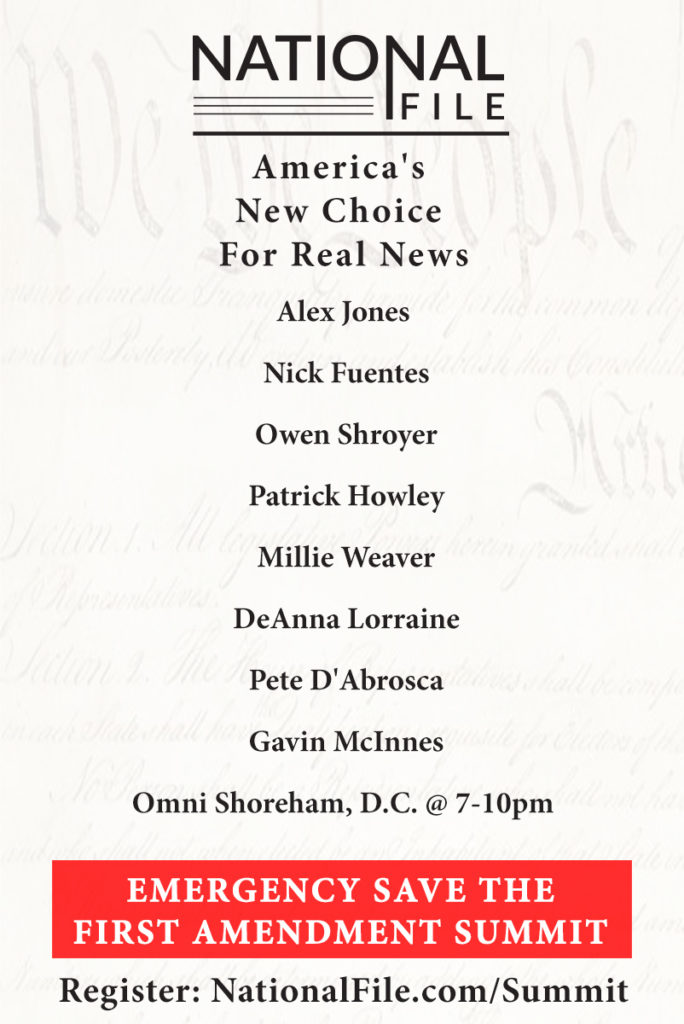 EMERGENCY SAVE THE FIRST AMENDMENT SUMMIT IN WASHINGTON, D.C.

National File will host the Emergency Save the First Amendment Summit on February 26, 2020 at the Omni Shoreham Hotel in Washington, D.C.

• Alex Jones, who was infamously banned from Facebook, Twitter, and YouTube
• Gavin McInnes, founder of Censored.tv, who was famously banned from Facebook and Twitter
• Patrick Howley, formerly of Breitbart and The Daily Caller, one of the most influential reporters in 2016
• Owen Shroyer, known for viral videos confronting the left and exposing Drag Queen Story Time

The Emergency First Amendment Summit will feature a Q&A session for the audience to engage with speakers, and will be live streamed on social media.

The Emergency Save the First Amendment Summit is free to the public, and will be ticketed through NationalFile.com.

All media is invited to attend. Press risers will be available for video recording.

“The free speech of conservative Americans is under attack,” said National File editor-in-chief Tom Pappert. “Alex Jones was banned because Americans wanted to hear his message. Laura Loomer, Paul Joseph Watson, Gavin McInnes, and Milo Yiannopoulos were all banned for the same reason.”