Disruption to the Mail-In Voting Process

Leftist riots in Philadelphia and an associated curfew led to the cancellation of a Mail-In Voting “Dropoff” event Sunday night, marking an official disruption to the mail-in voting process for the Pennsylvania Democrat primary underway. The Philadelphia City Commissioners, which are overseeing the city’s election process, are running what they call a “Votes Wagon” to travel the city collecting mail-in votes from people, but a Wagon event was cancelled Sunday night. Meanwhile, the Commissioners emptied the Vote By Mail drop-off box outside City Hall — which was recently moved from one location on the premises to another due to safety concerns — as the Commissioners fled City Hall Sunday. The Commissioners brag that the state is seeing 13 times as many mail ballot requests as in 2016. These concerning irregularities come on the heels of a former Philadelphia Election Judge’s conviction for accepting bribes to inflate vote counts in the city in the past, and the United States Postal Service acknowledging a Coronavirus-caused “slowdown” in Vote By Mail services in Pennsylvania’s Montgomery County, which is promoting Vote By Mail drop-off sites as an alternative. Meanwhile, some of the Philadelphia mail-in voting drop-off sites are literally located at City Councilmembers’ offices, including two Democrats and one Republican.

ANNOUNCEMENT: Out of an abundance of caution and to follow the City's 6:00 PM curfew order, we are cancelling the mobile ballot drop off location at the Fishtown Crossing Shopping Center, which was scheduled for 5-7PM. Please spread the word, and stay safe. pic.twitter.com/7nuKiksH9g

Our staff has left City Hall for the day and will be working to prepare for the primary from other offices. The ballot dropbox was emptied before they left.

THE BALLOT DROP BOX WAS RECENTLY MOVED DUE TO ‘SAFETY CONCERNS’

The City Hall drop box has been relocated. It is now on the William McKinley statue side of the south entrance. This needed to occur for traffic safety concerns at the S Broad St intersection. If you are driving, please park in a marked parking spot. Thank you. pic.twitter.com/8A7LCAwKfP

THE BALLOT DROP BOX OUTSIDE CITY HALL WAS RECENTLY ANNOUNCED

Drop your mail-in ballot in this mailbox at the south entrance of City Hall in Philadelphia. pic.twitter.com/v0xdQ8uhTv

THE BALLOT DROP BOX WAS ALSO ANNOUNCED IN SPANISH

A SECOND DROP BOX WAS INSTALLED OUTSIDE CITY HALL

The City Commissioners have added a second 24-hour mail-in ballot drop box at our Board of Elections Office at Delaware and Spring Garden. It is accessible until 8PM on Election Day. Reminder: Individual voters may only drop off their own ballot. #PhillyVotes https://t.co/8FYG1RIILv 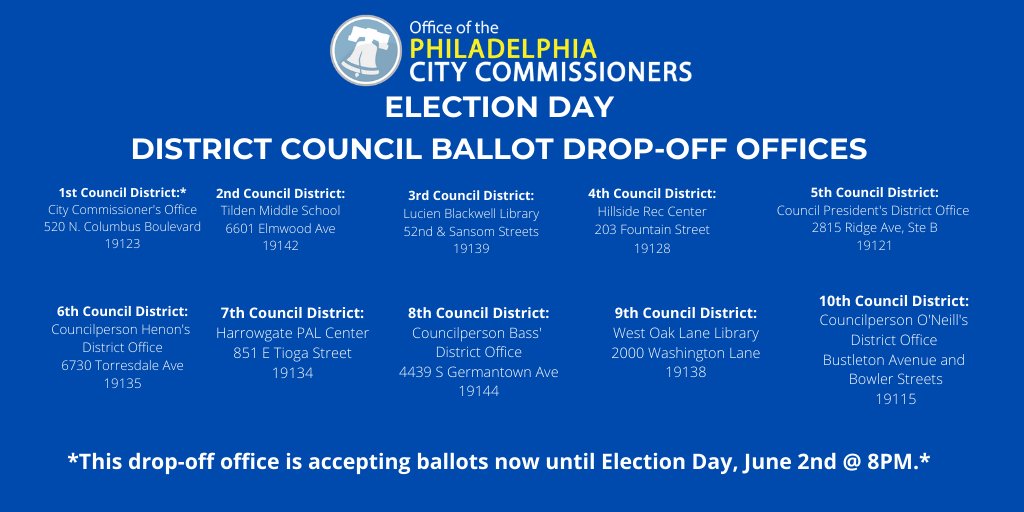 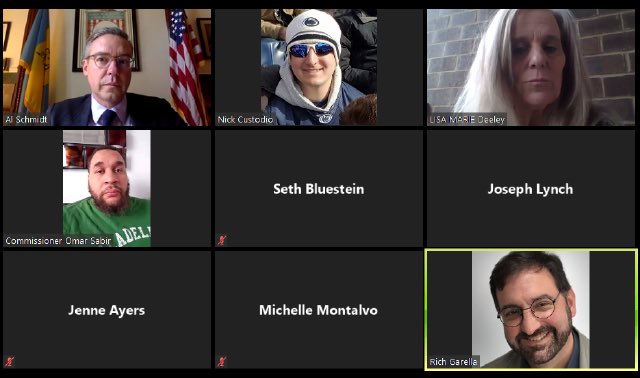 REGULAR MAIL GETS MIXED UP IN THE VOTE BY MAIL SYSTEM

Dear the Future Mr. and Mrs. Rosenfeld, it looks like one of your wedding responses got caught with a bunch of returned ballots and ended up in our office. Don't worry we put it back in the mail so it is on its way. pic.twitter.com/tvqPiaRi2i

“GARY” IS A PRINTER THAT PRINTS BALLOTS

Philadelphia: Meet Gary, one of our 6 printers which has been producing ballots. Gary has been with the department since 3/17 and has produced over 38k ballots, gone through 28 toners cartridges, 2 transfer belts, a fuser, and a set of rollers. pic.twitter.com/f7cyzpPVLO

While we’ve still got a long way to go, it was critical that we met this important performance milestone before the application deadline arrives tomorrow. https://t.co/Sd9miJDomP

PA voters: didn't get to mail in your ballot? Drop it off at one of your county's designated locations. Find out where they are at https://t.co/52CF79OLrU.

We’ve seen a terrific response from voters so far at our first stop in West Philly! #PhillyVotes pic.twitter.com/RzUNcTjS5I