“I’ve lost my son, but there are still Marines over there"

Eleven Marines, one Navy hospital corpsman, and one Army staff sergeant are the U.S. military members killed following a suicide bomb attack on masses trying to get into the Hamid Karzai International Airport in Kabul. 18 other service members were wounded during the attack.

Lance Cpl. Rylee McCollum, an expectant father, was one of the service members killed during the attack on Kabul. As a young husband, he and his wife had been married during 2020 and were expecting their first child at the end of September. Lance Cpl. McCollum’s return from Afghanistan was pushed from September or October of this year to possibly the end of the year. On August 16, a Marine Colonial told Lance Cpl. McCollum’s father that there would be no definite time for his son’s return to the states.

“I’ve lost my son, but there are still Marines over there,” Jim McCollum told The Daily Beast. “We gave them everything they need, and we are pinned down at the airport. I am scared s**tless to see what’s going to happen next, and what’s going to come our way.” 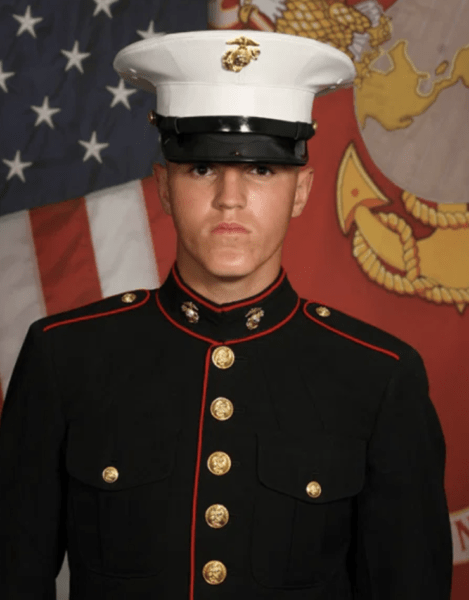 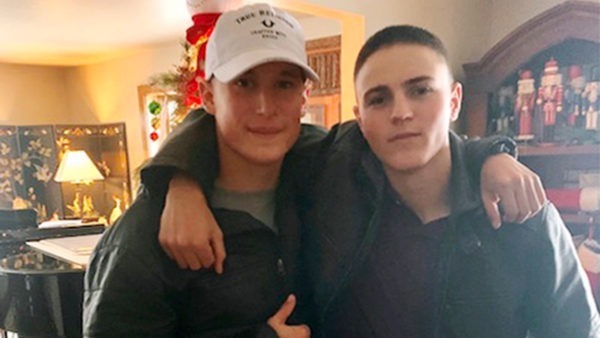 Lance Corporal Jared Schmitz decided to join the Marines early on in his high school career, even though the rest of the veterans in his family had been in the Navy. He trained regularly at the Marine office in St. Peters with recruits even though he wasn’t yet enlisted. Lance Cpl. Schmitz graduated from Fort Zumwalt South in 2019. 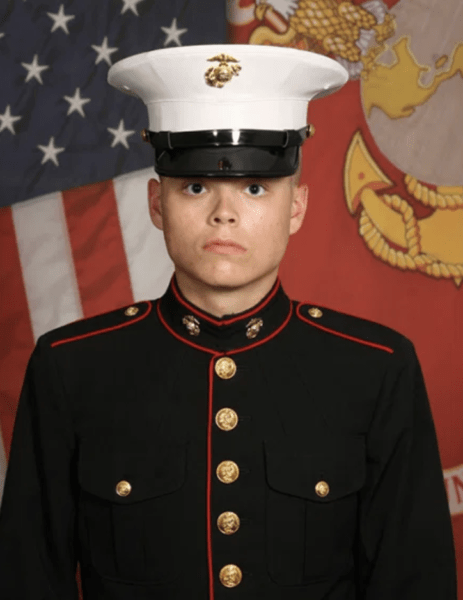 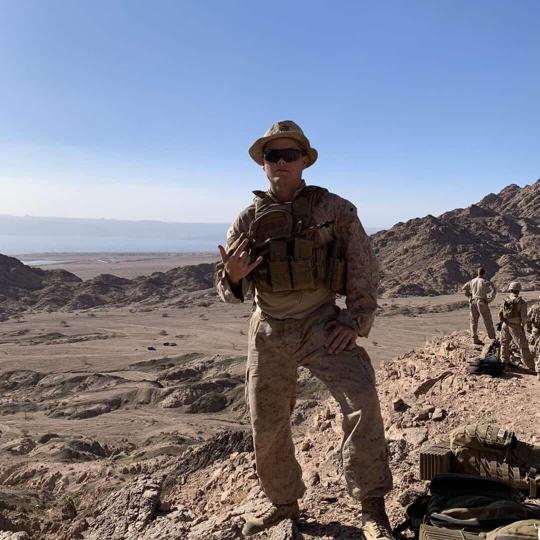 Lance Corporal David Espinoza transferred to Kabul a week ago. Before then, he was stationed in Jordan for two years. “I’m proud of him because of what he did. As a mother, it’s hard, but he did serve. He did do what he wanted, but it’s hard” Lance Cpl. Espinoza’s mother, Elizabeth Holguin, told local news outlet KGNS.

The City of Laredo shared a heartfelt message, “Thank you for your service to the U.S.A and Laredo. Your acts of courage and bravery will always be remembered.” 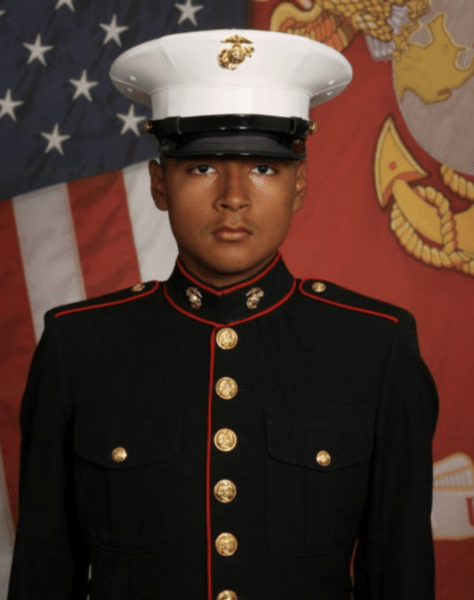 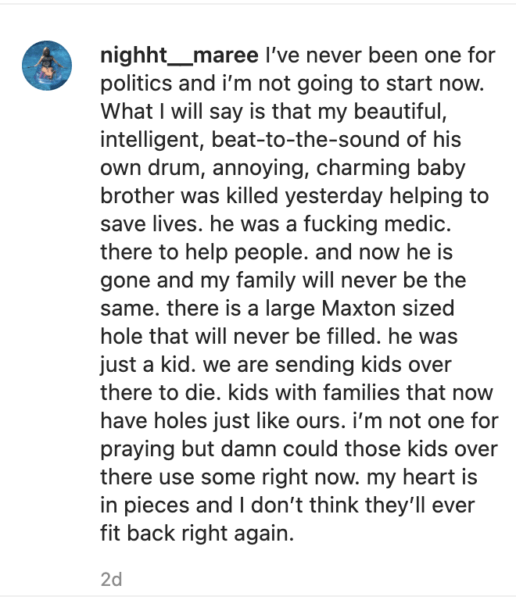 “His final words to his mother over FaceTime when he was telling her goodbye was after she told him to be safe, were, ‘Don’t worry mom, my guys got me. They won’t let anything happen to me,’” the statement said. “Today she realized that they all just went together.” “With a heavy heart, we announce the passing of a beloved member of the Riverside Sheriff’s family, United States Marine Corps Corporal Hunter Lopez, one of one 13 United States service members killed at the Kabul airport during the U.S.led evacuation effort. We are heartbroken to hear this sad news about Hunter, who chose to follow a life of service, selflessness, courage and sacrifice, like his parents. Hunter was a Riverside Sheriff’s Explorer Scout with the Palm Desert Station from September 2014 to August 2017.

Hunter joined the United States Marine Corps and was assigned to the 2nd Battalion, 1st Marines. Hunter, who was 22 years old at the time of his death, planned on becoming a Riverside County Sheriff’s Deputy after returning from his current deployment. Today the entire law enforcement community stands with the Lopez family, friends, fellow Marines, and all who loved him, praying for comfort, peace.

Hunter was the victim of vicious evil and was killed because he wore a United States Marnie uniform with love and pride. Our entire community feels the anguish, and we mourn the death of Hunter, who answered the call to serve, defend and protect our nation. Like his parents who serve our community, being a Marine to Hunter wasn’t a job; it was a calling. He loved his family, and as we grieve for Hunter and his fellow Marines taken from us too soon, there are simply no words to express how deeply he will be missed — Semper Fi.

The Lopez family requests that all donations be made to the Riverside County Deputy Sheriff Relief Foundation in the name of the Lopez Family. The address is 21810 Cactus Avenue, Riverside, CA 92518. The Lopez family respectfully requests privacy during this incredibly difficult time. The family will share details and plans for the celebration of Hunter’s life at a later date.” Lance Corporal Kareem Mae’Lee Grant Nikoui graduated from Norco High School in 2019. He was a member of JROTC. Before his death, Lance Cpl. Nikoui had sent videos of himself interacting with local Afghani children and calling them friends. Norco city officials have announced that they plan to enshrine Lance Cpl. Nikoui’s name on the “Lest We Forget Wall” at George A. Ingalls Veterans Memorial Plaza.

“I see something out of the corner of my eye and three people are walking up my driveway” Lance Cpl. Nikoui’s father, Steve Nikoui, told Fox News host Tucker Carlson. “As soon as I saw them turn the corner, I saw it was three Marine suits, my life changed forever.” 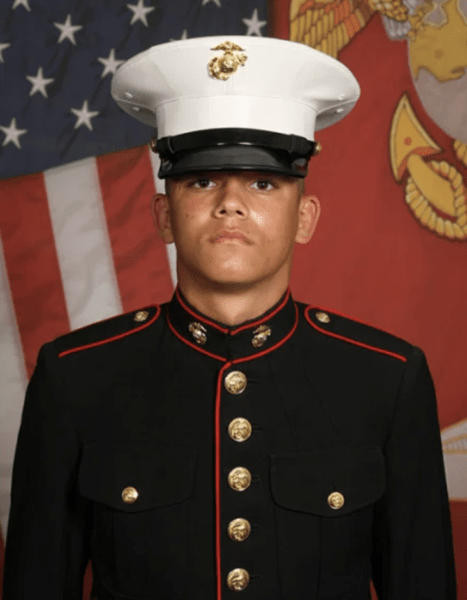 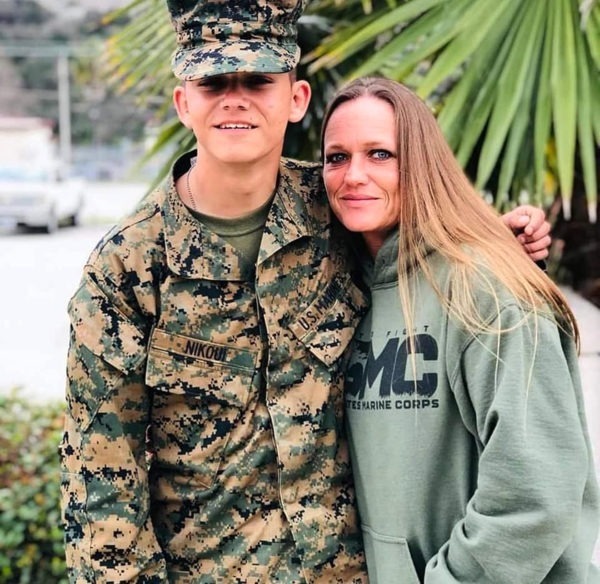 Staff Sergeant Darin Taylor Hoover is the oldest of his three siblings, as well as being the first grandchild. “I pray that this wasn’t in vain, and deep in my heart of hearts I know that it wasn’t,” Staff Sgt. Hoover’s father, Darin Hoover, said. “Because that’s just the type of man he was, doing what he needed to do and getting the job done for those that couldn’t do it for themselves, and he was standing out front leading his men.”

Staff Sgt. Hoover was on his third deployment to Afghanistan. “He was helping those that are less fortunate, those that can’t help themselves, serving his country — the one thing that he’s always wanted to do,” Darin Hoover told KSL-TV. Staff Sgt. Hoover leaves behind his parents, siblings, as well as his girlfriend. 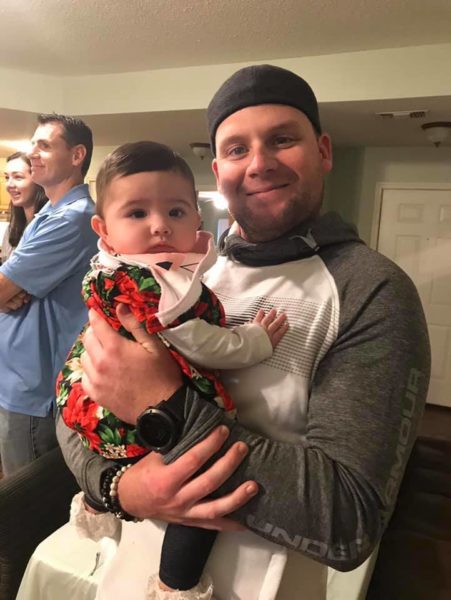 Corporal Daegan William-Tyeler Page graduated from Millard South High School and was a Boy Scout. After high school, these skills led him to joining the Marine Corps. Cpl. William-Tyeler Page loved hockey, both through playing for Omaha Westside in the Omaha Hockey Club and through his admiration of the Chicago Blackhawks.

“Our beloved son, Corporal Daegan William-Tyeler Page, 23, was killed in Afghanistan yesterday. Daegan joined the U.S. Marine Corps after graduating from Millard South High School. He loved the brotherhood of the Marines and was proud to serve as a member of the 2nd Battalion, 1st Marine Regiment at Marine Corps Base Camp Pendleton, California.

Daegan’s girlfriend Jessica, his mom, dad, step-mom, step-dad, 4 siblings, and grandparents are all mourning the loss of a great son, grandson, and brother. Daegan was raised in Red Oak, Iowa and the Omaha metro area and was a longtime member of the Boy Scouts. He enjoyed playing hockey for Omaha Westside in the Omaha Hockey Club and was a diehard Chicago Blackhawks fan. He loved hunting and spending time outdoors with his dad, as well as being out on the water. He was also an animal lover with a soft spot in his heart for dogs.

Daegan always looked forward to coming home and hanging out with his family and many buddies in Nebraska. To his younger siblings, he was their favorite jungle gym and to his friends, he was a genuinely happy guy that you could always count on. After finishing his enlistment, Daegan planned to come home and go to a local trade school, possibly to become a lineman.

Daegan will always be remembered for his tough outer shell and giant heart. Our hearts are broken, but we are thankful for the friends and family who are surrounding us during this time. Our thoughts and prayers are also with the other Marine and Navy families whose loved ones died alongside Daegan.” 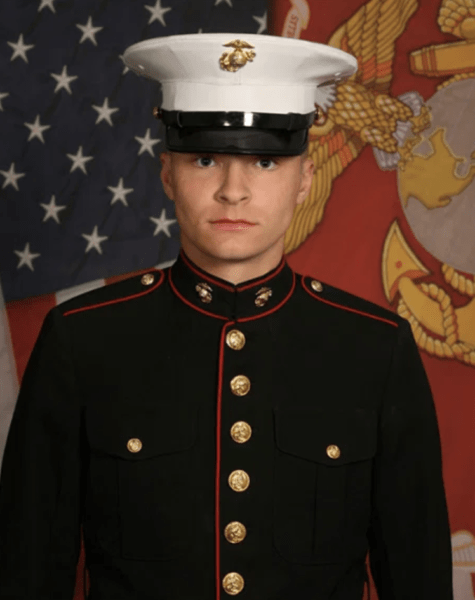 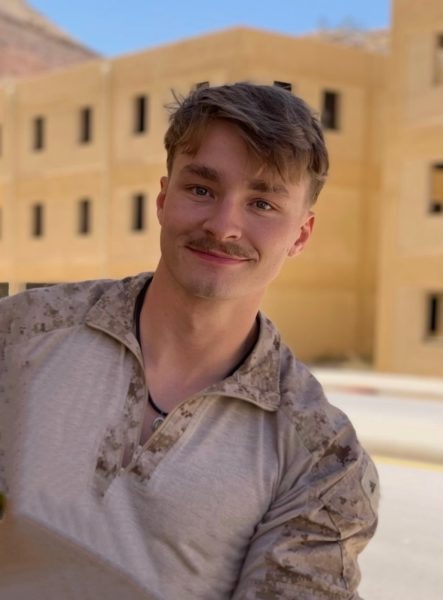 Staff Sergeant Ryan Knauss died from his injuries that he sustained near the Abbey Gate entrance to Hamid Karzai International Airport. This was Staff Sgt. Knauss’s second deployment to Afghanistan.

“We were led to think that it was 12 Marines and one Navy, and we knew our grandson was in the Army,” Staff Sgt. Knauss’s grandmother, Evelena Knauss, told The Daily Beast. “So we were praying for the families of the Marines, not knowing our grandson was one of the ones who lost his life…You just don’t think it will be yours.” 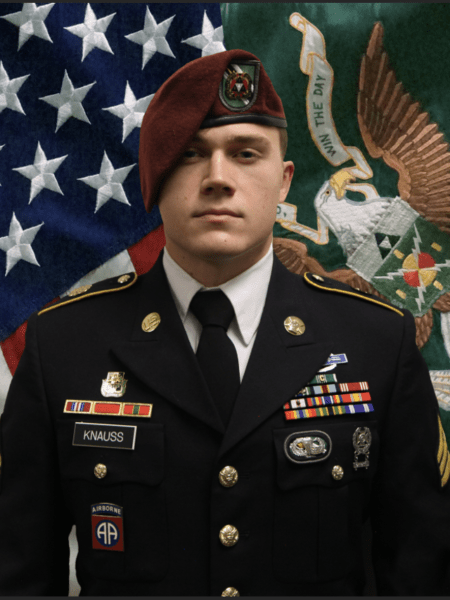 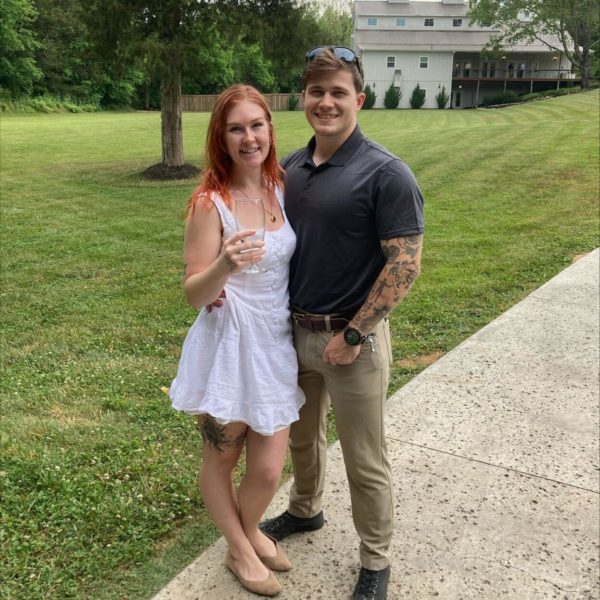 Sergeant Johanny Rosario’s family wishes for privacy “and that their loved one be recognized as the hero that she was,” the mayor of Lawrence, Kendrys Vasquez, said in a statement. He has been in touch with the family during this difficult time. “Johanny Rosario was a special being in our community, full of light and armed with valor and bravery, who at the young age of 18 decided to raise her hand to serve our country as a member of the United States Marine Corps.”

Sgt. Rosario is survived by her mother and sister. 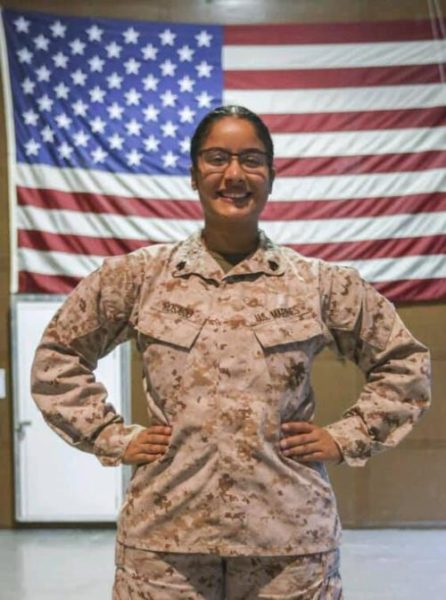 Corporal Sanchez was stationed out of Camp Pendleton in California. As a graduate from Logansport High School, Cpl. Sanchez was a very liked student and soccer player. “He played varsity soccer, took honors and dual credit classes and was in the homecoming court his senior year. Humberto was also a dedicated artist who took many art classes” Logansport High School Principal Matt Jones said in a statement to WRTV.

“This young man had not yet even turned 30 and still had his entire life ahead of him,” Logansport Mayor Chris Martin said. “Any plans he may have had for his post-military life were given in sacrifice due to the heart he exhibited in putting himself into harm’s way to safeguard the lives of others.” 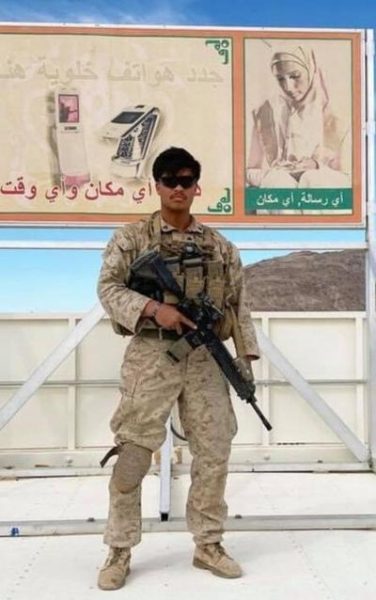 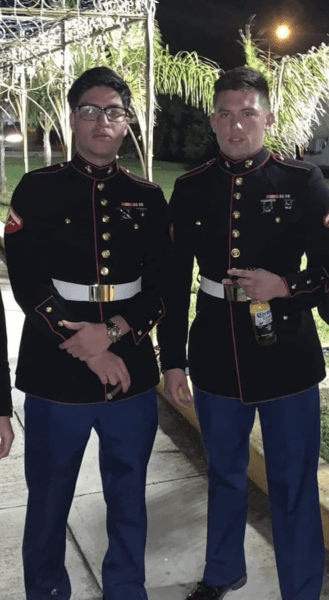 Sergeant Nicole Gee was stationed out in Camp Lejeune as a maintenance technician. She was married to Jarod Gee, who is also in the Marines. The city of Roseville described Sgt. Gee as a “hometown hero.”

“She was my best friend, my first friend, my motivation and inspiration, the light of my life. I will miss her terribly, as will her many family members and friends,” her sister, Misty Fuoco Herrera, said in a statement. “She gave the ultimate sacrifice. We will forever be changed and forever hurt with her absences but I know she wouldn’t have had it any other way, she absolutely loved the work she was doing in Afghanistan and was excited to tell me more about it once she was back home.”

There is a GoFundMe page raising money for family and friends to travel and attend Sgt. Gee’s funeral. 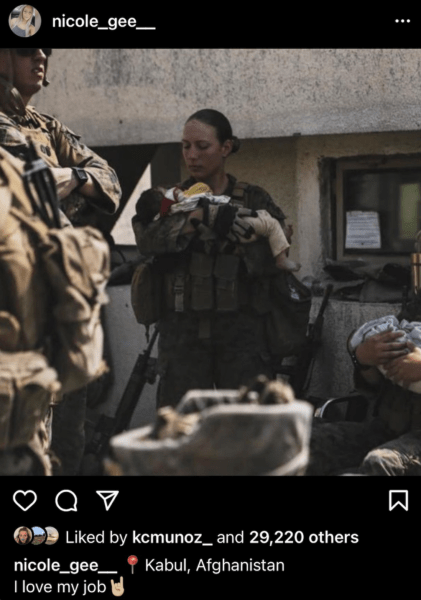 Lance Corporal Dylan R. Merola was a 2019 graduate from Los Osos High School in California. Merola’s mother, Cheryl Merola, told CBS2 her son had been stationed in Kabul for less than two weeks. He was planning to go to college and study engineering. She also recalled his final text message to her the deadly bombing.

“He wrote ‘I won’t be able to talk for a little while, we’re being sent to a different location.’” his mother told CBS2. “‘I love you and I’ll talk to you soon.’ He was one of the best kids ever. Kind. Loving. Giving to every single person. He would give anything for anybody.”

There is a GoFundMe page raising money for Lance Cpl. Merola’s family and funeral expenses. Alex Jones: ‘I Would Love To See’ Trump Run Again, But ‘We Gotta Take Him To The Woodshed’ Over COVID Vaccines